The Mossberg 930 Home Defense is an excellent alternative to the boring old pump-action shotguns that currently flood the market. Featuring an 18 1/2 inch barrel, the 930 Home Defense pairs a unique self-regulating gas system with a generous "5+1" shell capacity for a shotgun that was built for nothing more than to protect your home. Like other models in the 930 series, the 930 Home Defense is a 12-gauge shotgun with a three-inch chamber and a wealth of other practical features that make it worthy of more than a look or two. 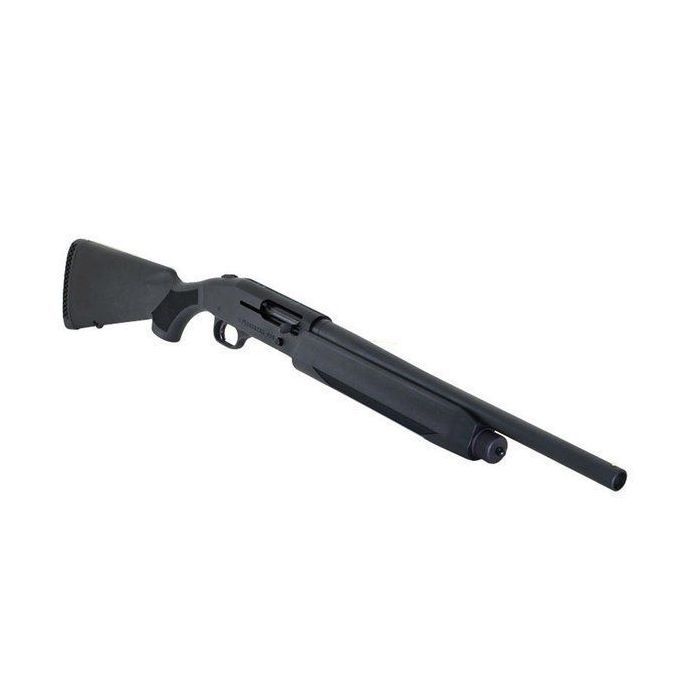 We here at Keepshooting.com believe in the Mossberg brand. As such we have chosen to become an official Mossberg stocking dealer, which means a couple of different things. It means we have committed to stocking approximately 30 of Mossberg’s finest rifles and shotguns. Not only that, but we will have exclusive opportunities to check out new products as they are released. Finally, our commitment means that we will be getting these firearms at excellent prices and will, as always, pass those savings on to you. Many of those firearms are currently on sale in our web store – the Mossberg 930 Home Defense is just the next in a long line of fine Mossberg products.

All shotguns in the Mossberg 930 series, including the Mossberg 930 Home Defense, are autoloading 12-gauge shotguns. As such, each features a unique self-regulating gas system that utilizes expanding propellant gases to manipulate a piston that, in turn, works the action. In addition to eliminating unnecessary stress on critical components, one of the benefits of the self-regulating gas system is the reduction of felt recoil experienced by the shooter, which promotes easier follow-up shots and makes it an ideal choice for home defense. But that is not even the half of it.

The Mossberg 930 Home Defense shotgun features an 18 1/2 inch barrel alongside an overall length of 39 inches. In addition to a full-length stock that boasts a 14-inch length of pull, the shotgun also includes a synthetic checkered grip and a cushioned rubber butt pad. If safety is a concern, you will be delighted to find that the 930 Home Defense includes a receiver-mounted safety that is easily accessible by both left- and right-handed shooters. This is joined by the cocking indicator button, which allows you to visually verify whether or not the shotgun is cocked. As noted, this model lacks the extended magazine tube, but offers a generous “5+1” capacity – more than enough to get the job done. Also noteworthy is the front bead sight.

More Information
Reviews
Write Your Own Review
We found other products you might like!
More from Mossberg
Copyright © 2002-present United Defense LLC. All rights reserved.