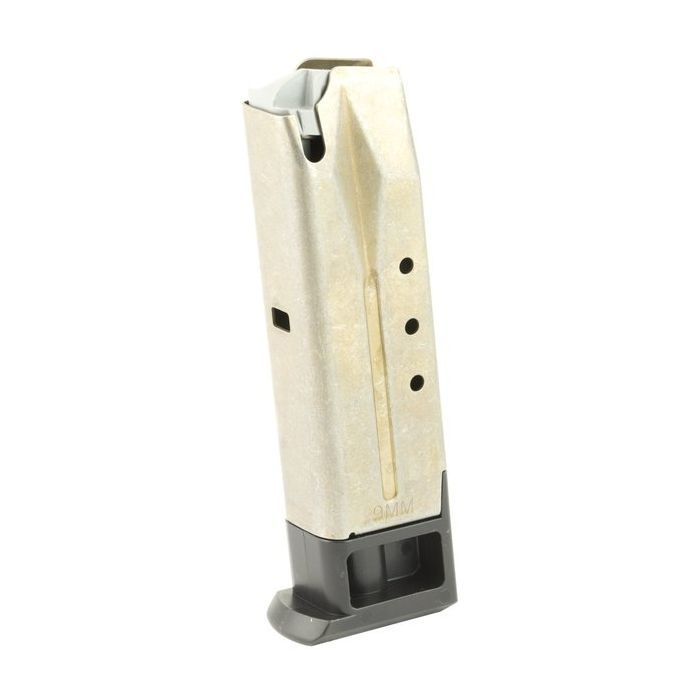 The Ruger P89/P95 10-Round Magazine is a Ruger factory magazine designed for the P89 and P95 pistols. This universally compliant magazine will also work in the Ruger P93, P94, and PC9. Ideal for use by those who live in states with magazine capacity restrictions or those who simply just prefer to use a ten round magazine instead of the factory 15-round magazine.

The Ruger P89/P95 is one of the most popular semi-automatic pistols ever produced by Ruger. With extensive use and development from 1985 until 2013 what became known as the "P-Series" of Ruger pistol development continues to be a favorite of consumers today. Now that this world class pistol has been in production for over 25 years, there are huge numbers of P-Series Ruger's in private hands.

One of the best known and most popular variants of the Ruger P-Series is the Ruger P95. The P95 is a direct descendant of the P89, with the major changes being the frame is now made from a polymer and the barrel is shortened to 3.9 inches. This resulted in a lighter weight pistol that also simplified manufacturing and reduced costs allowing Ruger to produce far more P95s and offer them for sale at a discounted price.