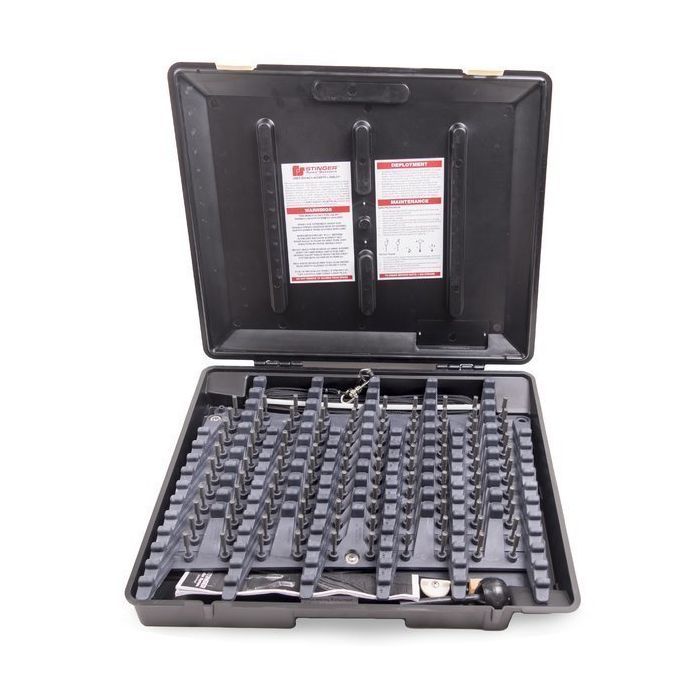 (0)
The Stinger Spike Systems Trooper is the professional's choice for tire spike strip deployment systems. This system is built in an accordion fashion allowing it to condense down to a small profile and then be easily deployed to cover 15-feet of roadway. With a pull rope you can leave the system retracted until your target vehicle is approaching your position and then quickly deploy the Stinger to disable the vehicle.

The Stinger Spike System Trooper Model is the evolution of the spike strip system to near perfection. With the Stinger you have a complete system that gives you the ability to stop a vehicle that is in motion by quickly disabling the tires with the Stinger system. This is accomplished by deploying the Stinger on the road which the vehicle is traveling on and when the vehicle crosses the Stinger the spikes will quickly deflate all of the tires.

The Stinger has many advantages over the traditional spike strip. First and foremost is is able to be deployed at the time of need without potentially impacting other vehicles. You can easily throw the Stinger across the road or plant it and use the pull rope for accurate deployment which ensures that the suspect will not see the Stinger in place until it is too late to avoid. Other advantages are the entire Stinger system is composed of field replaceable parts, with the system including a number of spare spikes and the tools to insert or remove them from the base. 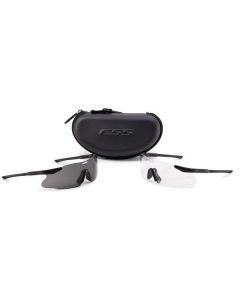 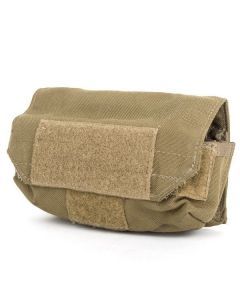