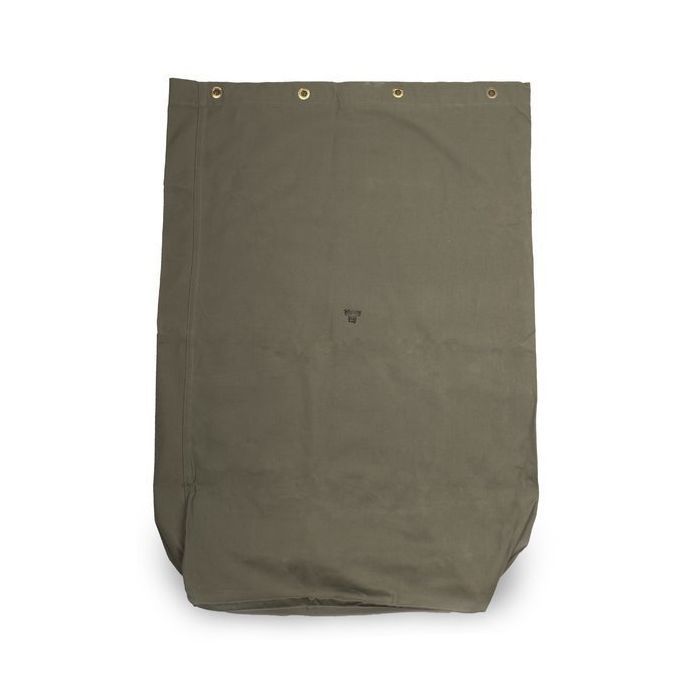 The Swedish Tent Bag is a large vintage canvas tent bag from the Swedish military. These tent bags are enormous and are made from tough canvas to ensure they stand up to long term use in the field. There are gromets at the top which will allow you to insert a rope or cable to close the top of the tent bag securely.

These tent bags were originally designed for and used by members of the Swedish army, which joins the Swedish navy and the Swedish air force to make up the three service branches of the Swedish armed forces. Boasting a very simple construction, each Swedish tent bag measures approximately 44 inches tall with a 34-inch diameter.

One other noteworthy aspect of the Swedish tent bag is the faded appearance of the "Three Crown" emblem on the side of the bags. The Three Crowns are a Swedish national emblem that can be found on any range of Swedish entities, from the Coat of Arms to the sweaters of the national men's ice hockey team. The emblem is also featured prominently in the Mossberg logo. 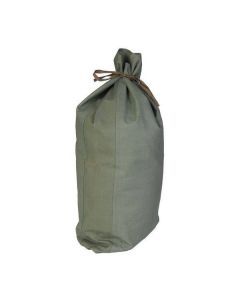 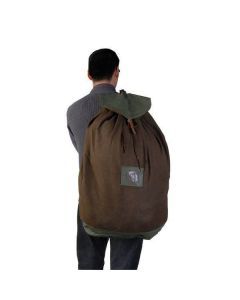 Overall Rating
great replacements
Review by Michael 1/11/14
If you've ever stupidly bought a commercial grade tent, then you likely have holes and large rips in the dinky bag it came with. This is so much better, wonder why the tents don't come with something similar. Tough and simple!
Overall Rating
A great bargain
Review by Harry 10/18/13
2 brand new bags at this prices. All I can say is WOW! A great two bags and what a price. At double the price, it still would be a great deal.
Overall Rating
Surprisingly nice; well worth the money.
Review by Jason 7/28/13
These are surprisingly nice. I half expected for them to be worn out musty junk, but for the cost I was willing to take the chance. The two bags I ordered were in new condition. I put my Eureka Timberline II tent in one of them, the original bag for the tent is fraying, and the tent fit in it perfectly. The other bag I put an old tarp in it, which is kind of a shame for the bag is nicer than the tarp. Of course being Swedish surplus both bags are built like they will never wear out. These were well worth the money.
Overall Rating
Swedish Tent Bag
Review by Richard 4/24/13
These are just two well-constructed tent bags. They are about two feet long and ten inches wide when open, with what appear to be hemp draw strings. Plenty of room for applications beyond hauling tents. I plan on using mine for laundry bags.