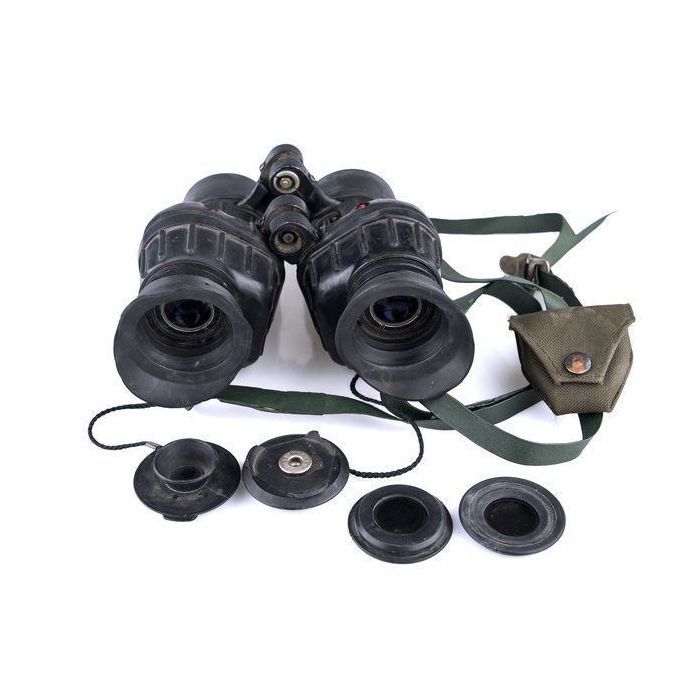 4.5 2 (2)
The British Army L12A1 Binoculars are a combat proven pair of 7 x 42 self-focusing binoculars. These binoculars have been the standard British Army binocular since they were first fielded in 1979 and continue to see service today. Produced by Avimo the L12A1 is commonly referred to as Avimos, as Avimo was the contractor who produced the vast majority of these excellent binoculars for the British military.

The British L12A1 Binoculars have a huge legion of fans from their long service live with the British forces. Soldiers in conflicts from the Falklands War to Afghanistan have used the L12A1 and once returned to civilian life many sought out a pair for use. This comes from how well the L12A1 is designed and features like the self focusing design where your eyes do the focusing to infinity.

Perhaps no other model of military surplus binoculars has seen as much service in the past 30+ years as the Avimo L12A1. Footage from the Falklands War was often the first exposure non-British citizens had to these binoculars and they performed well under fire in that war and each war the British faced going forward. No collector of military optics has a complete collection without one or more pairs of the L12A1 and no modern British military reenactment is complete without participants wielding pairs of these binoculars.

With each pair of L12A1 binoculars, you will be receiving a fully functional pair of military binoculars. As each pair has been used by British army soldiers, the condition on all of them will vary slightly from the picture shown. The neck strap may differ in color or design, and the data plate will show either date of manufacture or no date with the vast majority having 1980 manufacturing dates. You will be proud to own a pair of L12A1 binoculars that are steeped in British military history, including victories in the Falklands, Iraq, and Afghanistan. 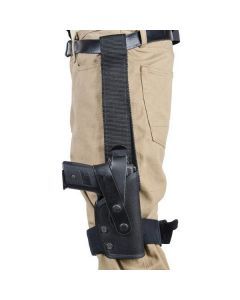 Overall Rating
Good glasses
Review by Anthony 6/4/17
Verified Buyer
Very happy with my Avimo field glasses. Clear, sharp, bright view. Externally a tiny bit scuffed but better than I expected. I had a few qualms about the fixed focus but I have fixed focus rifle scopes that work great for me and so did these field glasses. I like my Hensoldt 8x30s a bit better -- lighter, smaller -- but these were a good buy.
Overall Rating
Unique ( ? ) military issue binoculars
Review by R G Castillo 9/17/16
Verified Buyer
The shape of these binoculars is distinctive, and except for German copies made under license ( rarely encountered and at $1,000 for the civilian market, expensive) are an excellent buy. They are fixed focus ( at infinity) rather than auto focusing, and therefor can track objects moving at speed without the need to attempt to focus in action. They are not for wearers of glasses and cannot correct for vision defects- the eyes have to be pressed into the eyecups for clear focus, at least for me. Cleaning them up ( the photo shows salt buildup and scuffing ) takes no time, with dishwashing solution, a sponge and q-tips, followed by ( the British Museum's) Renaissance Wax Polish available from Amazon. The visual transformation is amazing.