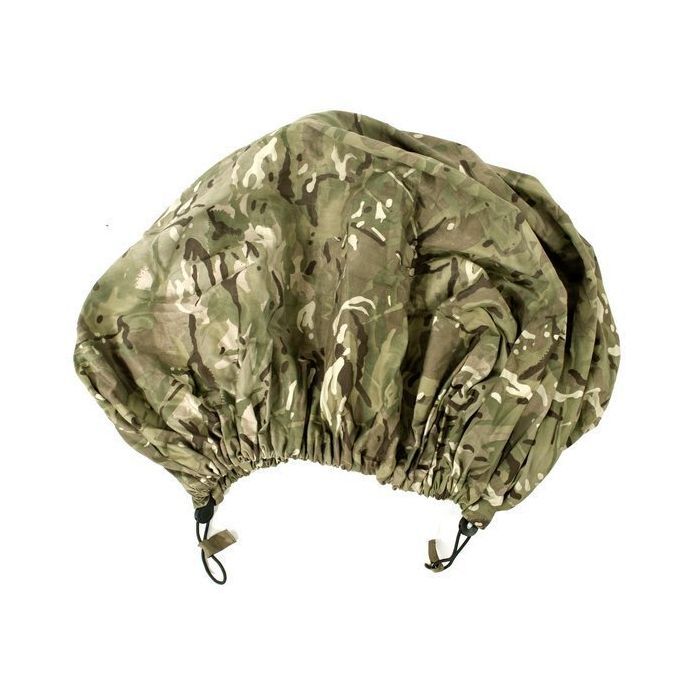 The British Army MTP Backpack Cover is designed to give British soldiers the ability to camouflage their backpacks while in the field. With an easy-on easy-off design, this backpack cover is quick to deploy providing essential camouflage for your gear. The large sized backpack cover can also be used to conceal gear in the field that isn't in your backpack as it can be made into a knapsack.

The British Army like most NATO aligned forces has been using backpack covers for infantry troops for decades. With the switch from DPM camouflage to MTP, there was a need to produce sets of backpack covers in MTP to be issued to British solders. As part of this new production to support MTP camouflage, the British army upgraded their backpack covers to use an elastic type opening for quick deployment. Needless to say, this new designed backpack cover has won praise from any soldier who had used the last generation covers.

Multi-Terrain Pattern Camouflage has quickly become the new standard camouflage of the British army. Resembling the new US Multicam pattern, the British MTP has proven to be the most effective camouflage that has been used by the British Army. Now that we are seeing MTP camouflage hit the surplus auctions, useful gear like these backpack covers have finally hit the United States market. These backpack covers are great for not only covering your backpack, but can also be used to tie up and store gear in the field.

Overall Rating
Camping must have
Review by Out Door Dude 7/4/21
arrived at my place in the original packaging, already very good water-repellent, the backpack stayed perfectly dry during the last heavy rain Very fast delivery