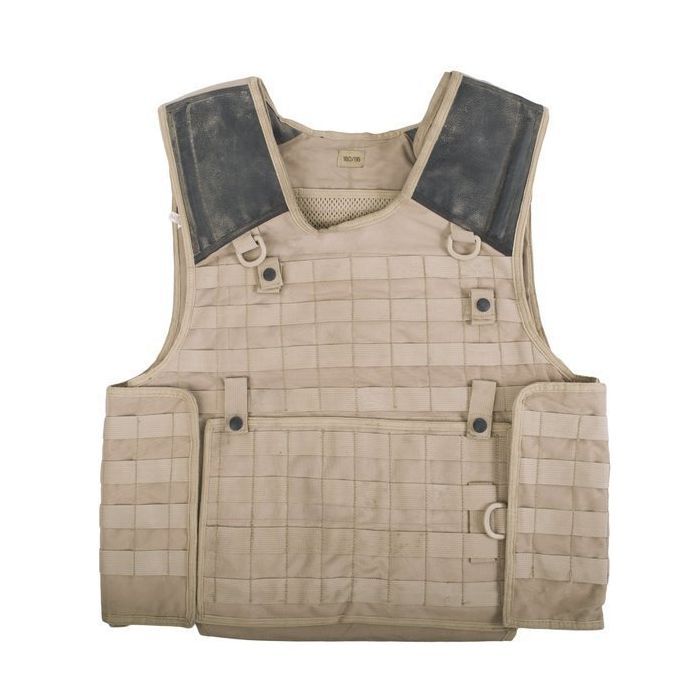 The British Army Tan Osprey Vest is a very rare early version of what would later become the OSPREY Vest System. These tan plate carriers were combat tested to look for any design faults prior to full adoption of this vest by the British Ministry of Defense. After reviewing the performance of these vests in combat, little was changed before rolling out this vest as the Osprey MkI body armor system.

The British Army Tan Osprey Vest is a rare and early version of the Osprey vest system that was produced as a prototype by Solo International. These vests took the initial design requirements from the British Ministry of Defense and produced what would later become the OSPREY MkI system. This combat tested prototype vest is exceedingly rare to find as most were destroyed by the British Ministry of Defense.

These vests were produced without a number of features that would later become standard on the Osprey. The lack of these features was made clear by British soldiers who implemented their own field fixes, chiefly the means for putting their blood type on the outside of the vest. Features that were found to be essential that are on the prototype were combat tested and proven to be well designed. These would include the wide Molle/PALS laddering on the front, rear, and sides of the vest along with the plate and vest retention system.