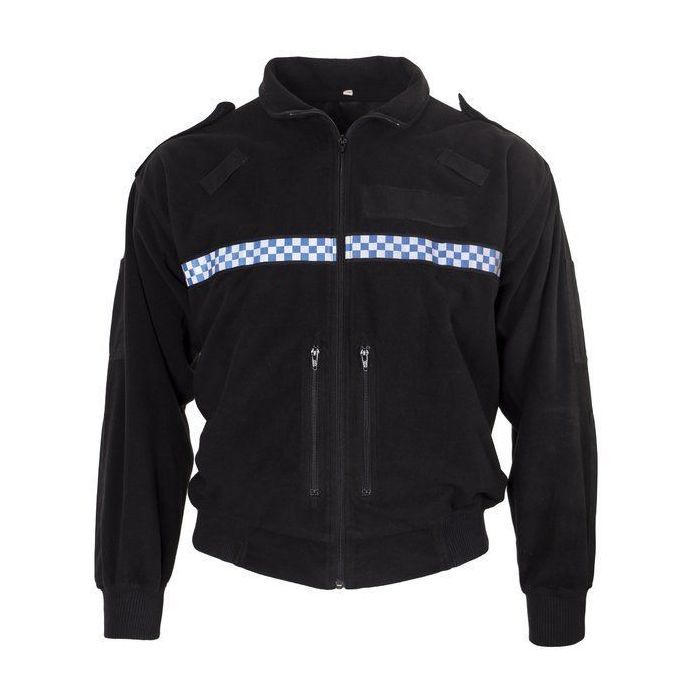 The British Police Fleece Jacket is an authentic jacket that is issued and worn by police officers all over the UK. Made from Polar Fleece woven materials, this jacket will keep you nice and warm during the fall and winter months ahead. All of our jackets retain their police markings on the front and back of each jacket along with the distinctive blue and white checkered reflective stripes.

The British Police Fleece Jacket is a cold weather jacket issued to officers serving in police agencies in the United Kingdom. Easily recognized as British by the blue-and-white checkered Sillitoe Tartan pattern on the reflective stripes, you have likely seen this very same jacket on the news or in movies that feature British police. On the popular BBC television show Dr. Who, Amy Pond wore a vest version of this jacket.