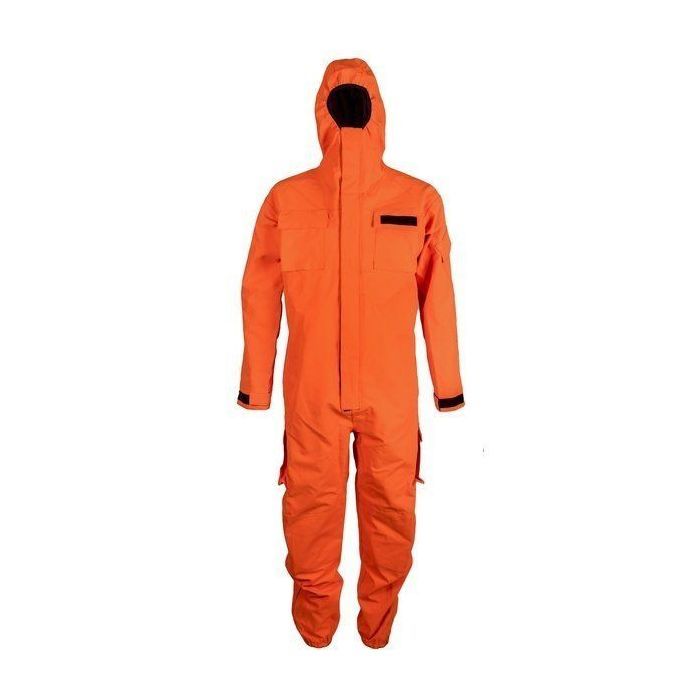 The British Police Civilian NBC Coverall is a modern first responder NBC coverall previously used by police in the United Kingdom. With a high visibility blaze orange color and fully sealed design these coveralls are excellent for cleaning up a messy location or staying dry in torrential rain.

The British Police Civilian NBC Coverall is a unique and authentic first responder coverall from the British Police. These full coverage coveralls would be worn by first responders who were called up to respond to a possible CBRN or NBC type incident in the United Kingdom. They are one of the best designed coveralls we have ever imported with a full attached hood as part of the coveralls being one of the only designs to feature this.