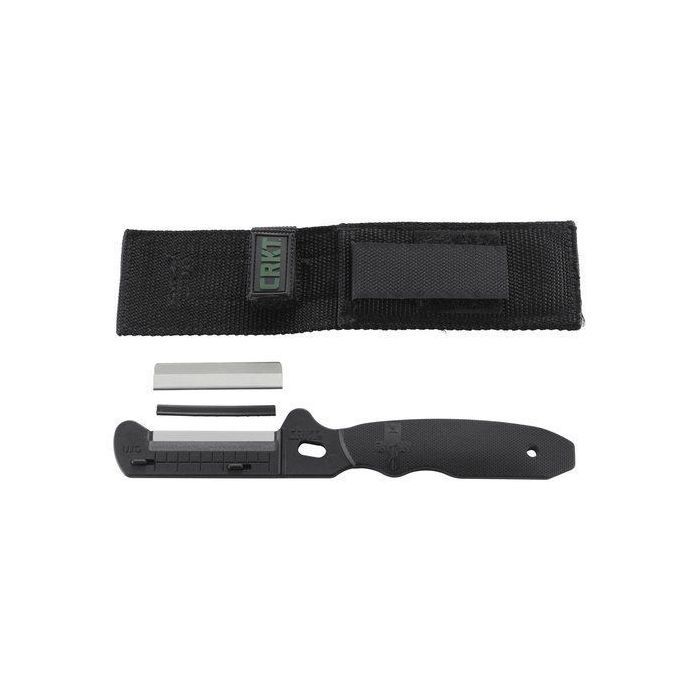 The CRKT Combat Stripping Tool (CST) is a special purpose utility blade designed by Army Medical Veteran Kelly L. Rodriguez of Fayetteville North Carolina. This medical tool was developed under CRKT's Forges by War series and is meant to replace trauma shears with a utility blade that will not fail or get gummed up when you are trying to cut through a patient's clothing.

The CRKT CST was developed using Rodriguez's experiences abroad where she was involved in intense trauma situations. Using traditional trauma shears in a combat environment resulted in shears getting gummed up and failing from the dirt, sand, and blood. This lack of performance during trauma emergencies when trying to cut through an injured soldiers clothing is what gave the need for the Combat Stripping Tool as the seconds lost from faulty tools can mean the difference between life and death.