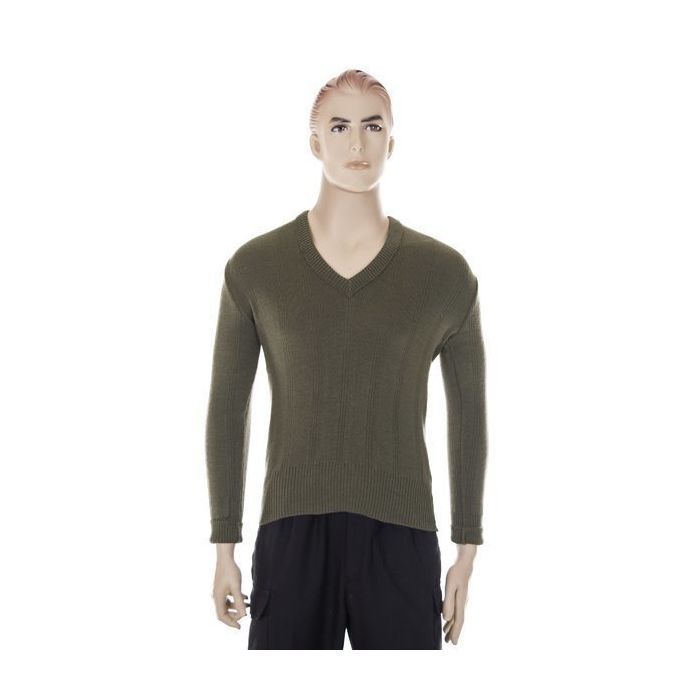 The East German Army took great pride in their national military and ensured that their soldiers were equipped with the very best uniforms and gear. These East German V-Neck Sweaters are a great example of this as they are one of the nicest overall military sweaters we have ever had. With the former East German Army having been disbanded over 20-years ago, the fact that these sweaters still remain in excellent condition is a testament to how well they were originally made.

There are a number of aspects about these East German V-Neck Sweaters that make them a great buy. First and foremost is the price as for less than $10 you get a military grade sweater in excellent condition. Second on the list of features is the fact that these do not look overtly military, which makes them ideal for wearing in any situation. No one but an expert would see these sweaters and be able to tell they were from East Germany or that they were a military issued sweater. One of the last things worth mentioning is these sweaters are super comfortable, you will be able to wear your sweater for a long time without any negatives that might come from a sweater that was made from natural fibers.

Quality
Price
Value
GREAT BUY
Review by Richard 9/6/16
Wow! What a nice sweater! I purchased the extra large and it fits my 48" chest just fine.Nice material and it looks good too.
Price
Value
Quality
Price is about right, quality can vary
Review by Seth 7/9/16
Let me begin by saying these are nice sweaters if you have the right body type.
If you wear high-waisted pants and have a slim body these will complement you nicely.
If you don't fit both of the above criteria, I suggest you look elsewhere. The cut of these sweaters is just not flattering to other body types.

I've had several of these and the quality differed with each sweater. Two were nice and new, one had been put through the washing machine and shrunk. It was unwearable. Chances are that you'll get something nice, though, as I've never had that sort of problem with keepshooting :)
Price
Value
Quality
Very Nice Sweater
Review by Chris 7/3/16
Ordered one for my wife. Got the large and it fit her perfect. She is 5' 1". Will be real nice for those cold North Dakota winters. Great buy.