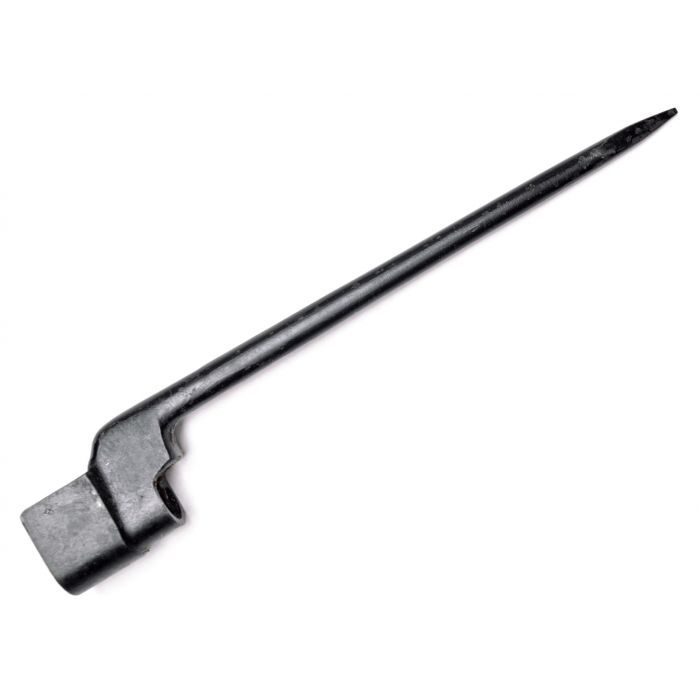 4.35 3 (3)
The Enfield SMLE No4 MkII Spike Bayonet is an authentic British army bayonet for the Lee-Enfield No4 rifle. With all original markings this spike bayonet is the perfect accessory for the Enfield rifle collector.

The Lee Enfield No4 Mark II rifle was the standard issue Lee Enfield for the British Commonwealth starting in 1949. This bolt action rifle was equipped with this spike bayonet to give soldiers a combat tough bayonet for when conditions called for bayonets to be affixed.

Overall Rating
Oh well...
Review by SGT SURVIVAL 10/2/17
Verified Buyer
After scrubbing off about a pound of cosmoline, I have discovered that I received a No. 4 Mk III bayonet, not Mk II. It is slightly different, with a cast aluminum mount. The worst part...no markings. :(
Overall Rating
Works Well!
Review by Bo 2/1/14
Verified Buyer
I ordered one of these for my #4 Mark II SMLE form the 1950's. When the Bayonet Arrived, it too was stamped "#4 Mk II"! Although the condition of the Bayonet and Scabbard are not perfect, they're more than functional and the added character is a part of the deal. The price on these are good, buy some for your Milsurp Rifle!
Overall Rating
use to have one works great
Review by Marcel 4/20/13
Verified Buyer
fit my enfield great