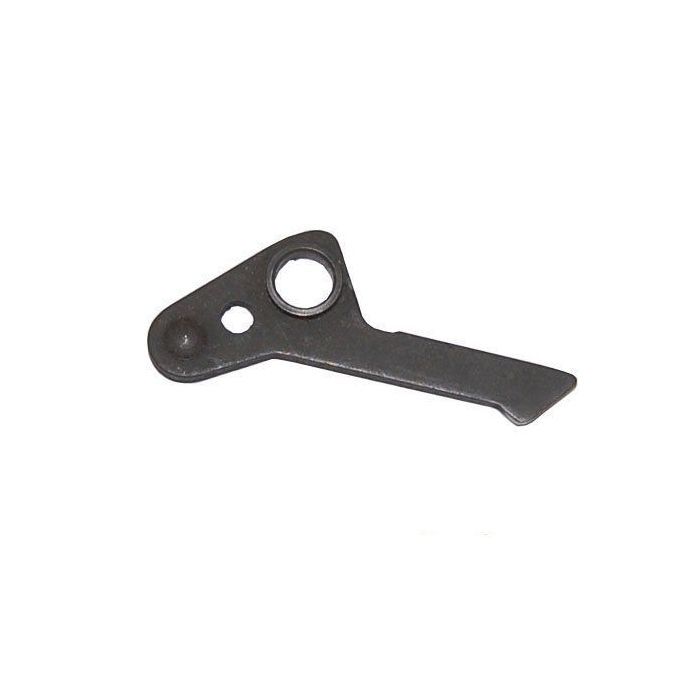 The lever is one of the six simple machines. Joining the screw, wheel and axle, pulley, inclined plane and wedge, a lever is generally any rigid bar that works in conjunction with a fulcrum or pivot point and is used to increase the force being applied to an object.

The G3 sear trip lever is a part housed in the rifle’s trigger pack and allows for fully automatic fire. It is an original factory part made in Germany by HK.

Spare parts are an important consideration when it comes to firearms. Like any machine, firearms rely on a series of parts to function properly, including levers. If a part breaks or fails, a repair or replacement is necessary.

Overall Rating
Hard to find Part
Review by Michael G 4/14/17
This is a wear part. Having one on hand ensures continued function of your firearm. Hardly any wear on this item!
Overall Rating
80%
Review by Marine 2/21/13
80% of G3 parts can be swapped into a CETME get in the game with quality replacement parts
Overall Rating
A must have bin part for a G3
Review by Rich 2/11/13
Along with the ejector lever, this part is in contact with other moving parts that if not oiled regularly will wear quite considerably along the edge that touches and resets the sear for the next shot. Again, better to have it and not need it than not have it and need it. You can't get them here but I even bought a extra bolt carrier. Well, not as a replacement for the HK bolt it already had but to have and install a Rhinemetal carrier that is made out of a solid piece of metal instead of welded forgings.