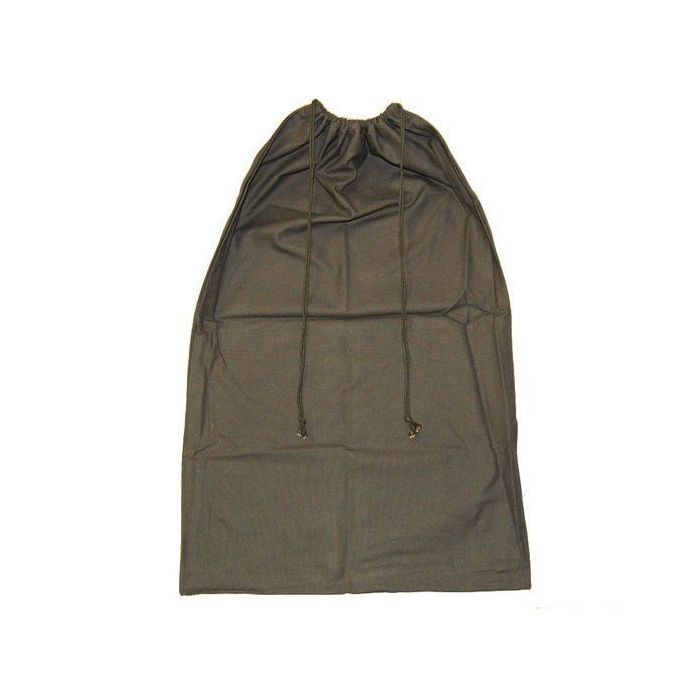 4.75 4 (4)
Growing up, I hated to do chores. I think it is safe to assume that everyone felt the same way as a child. Now, years later, I am a grown man that still hates to do chores. Mowing the lawn? No thanks. Washing the dishes? I will take a rain check; they do not look too dirty anyway. Cleaning the bathroom? Is that my phone ringing in the other room? I better go grab it.

Each German military laundry bag is constructed entirely from a heavy cotton blend material that is soft and easily washable to remove any terrible odors your clothes may happen to leave behind. As expected, the bags are presented in a classic olive drab color. They measure approximately 31 inches by 19 inches and each includes a drawstring for secure closure.

Overall Rating
Only thing I use now
Review by Dave 8/9/17
Verified Buyer
Great product that I use at home now. Someone said they are not big enough for a load of laundry but I use them for "pre-sort" if you will. I put whites in one, colors in another and cold wash items in 3rd and when once gets full, its time to do laundry. Since I got these, the hamper no longer gets used...love the quality of these bags.
Overall Rating
Worth the price.
Review by Craig 9/16/16
Verified Buyer
Exactly the quality you'd expect of German laundry bags (which is to say, good). Roughly the size of a pillow case. sturdy tie, tough material. very satisfied.
Overall Rating
Great bags - better than alternatives.
Review by Ivan 4/6/14
Verified Buyer
These bags are great for laundry. They are a little small for a load of laundry, but you get three so no big deal. Not mesh, which for some reason I thought they were. Very sturdy material, just wash it with your clothes. BRAND NEW when I received them, and they have a handy dandy tie cord sewn in around the top, too.
Overall Rating
Great item compared to the standard white mesh laundry bags ...
Review by Timothy 6/3/13
Verified Buyer
More durable and less prone to dirt and dust than the standard issue mesh laundry bags available at the PX or at Wal-Mart. An excellent buy for the price!