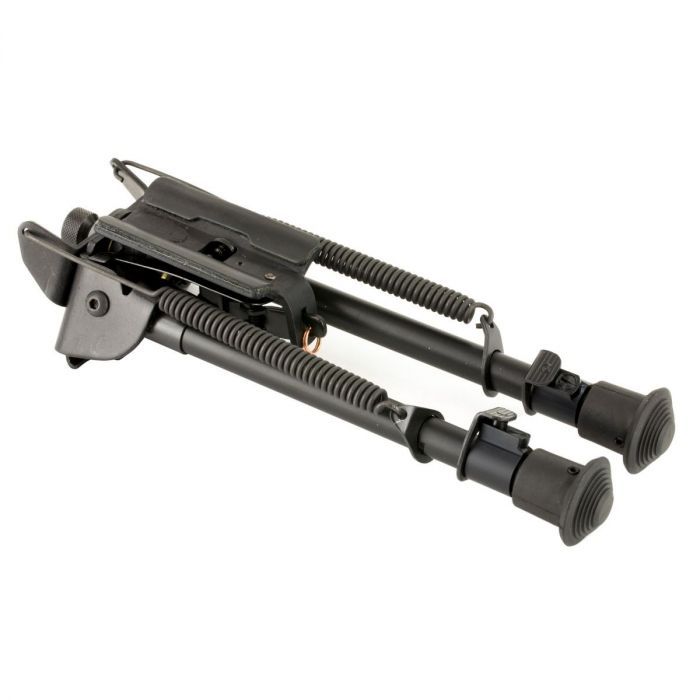 The Harris Bipod is a quick-detach bipod that has been battle proven by the US military in conflicts around the world. This version of the Harris Bipod is designed for use on any bolt action rifle that would benefit from the addition of a military grade bipod. With a simple attachment point using the QD stud of your bolt action rifle, you will be quickly enjoying this finely made in the USA bipod at the range.

The Harris Bipod is the bipod by which all other bipods are judged and once you use one you will know why. No other bipod on the market has been as widely fielded as the Harris and that includes both civilian and military users. Battle tested and target bench appropriate, the Harris Bipod will provide you with a stable platform to shoot your precision rifle no matter what the scenario is.

Made in the USA by Harris Engineering of Kentucky, this bipod is the first and last bipod you will ever need to buy. You can use it on virtually any gun, with most requiring no adapters or support pieces. Simply use the QD sling swivel mount on your rifle as the attachment point and you are ready to go to the range.