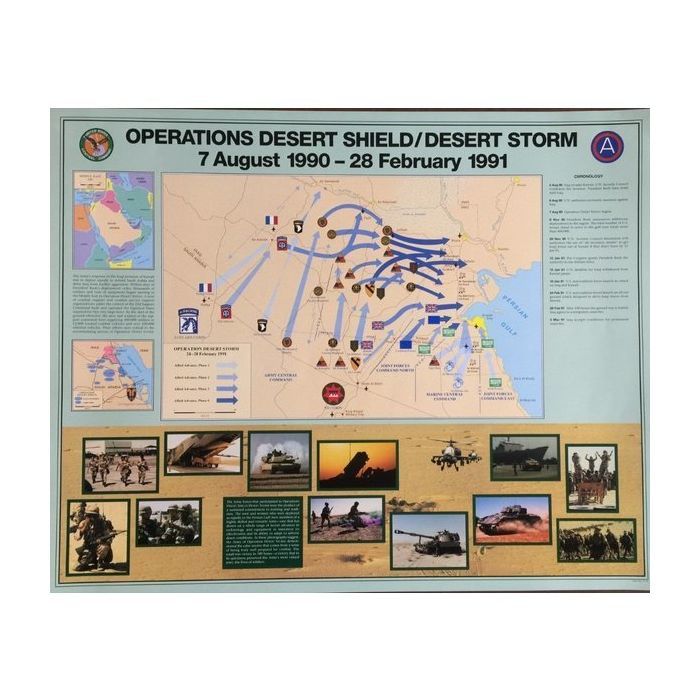 The US Army Desert Storm Battle Map is a historical battle map that was published by the US Army Center of Military History to recognize and remember the movements of military forces during Desert Shield and Desert Storm. This incredible historical battle map shows the units that made up the international coalition which worked with the US military to liberate Kuwait from the Iraqi invasion and restore stability in the Middle East.

The US Army Desert Storm Battle Map is an incredible piece of military history. Printed in both a size and specification making it ideal for framing, you will want to purchase more than one to do just that. You will find this map features not only the movements of allied forces, but also a chronology of events, the insignia of the units involved, and the geographical area is fixed in time where one of the countries listed is the Soviet Union. Below the map you will see pictures of the US Army in motion utilizing the skills, equipment, and training that made Operation Desert Storm a rapid military victory.

Price
Quality
Value
Very high quality
Review by Eric 1/31/19
I was pleasantly surprised that these maps were very high quality, thick, glossy poster board. Much better than i expected!