US Army in World War II : A Reader's Guide 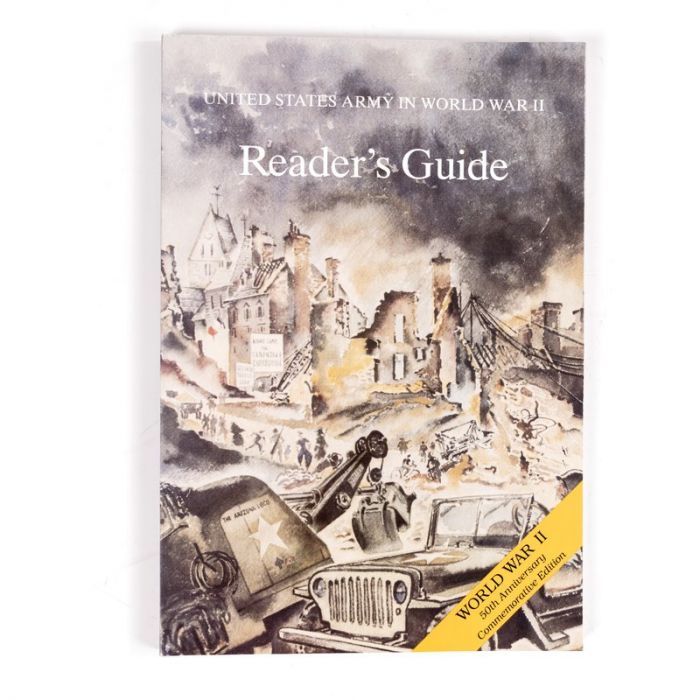 US Army in World War II : A Reader's Guide

The United States Army in World War II series describes the organization, plans, and operations of the War Department and the Army, in the zone of interior and in all of the Army's five theaters of operations from 1939 to 1945. Since the Army authorized the project in 1946, seventy-eight volumes have been or are being published representing an organized treasury of knowledge on the world's greatest conflict. Behind them lies one of the largest masses of records and recollections ever produced.

Description / US Army in World War II : A Reader's Guide

These documents, including those of the enemy, have been explored by professional historians, with the cooperation of a host of participants and with all the facilities and assistance that the Office of the Chief of Military History and its successor, the Center of Military History, could provide to ensure that this endeavor was as comprehensive, accurate, and objective as possible. The final result has provided commanders and staff officers, historians, and students-military and civilian alike-with an unprecedented professional guide to past experience as they seek light on the uncertain path ahead.

But the volumes are large and readers who need the knowledge contained in them are often pressed for time. Although each volume contains its own analytical index, a given subject may be discussed from various points of view in a number of volumes. The present pamphlet thus attempts to furnish the seeker of information with a finding aid which will enable him to profit more readily from the great investment of resources that the Army has devoted to extending his knowledge. This work supersedes Reader's Guide II, published in 1960. Criticisms and suggestions that look to the improvement of the present Guide will be welcomed.