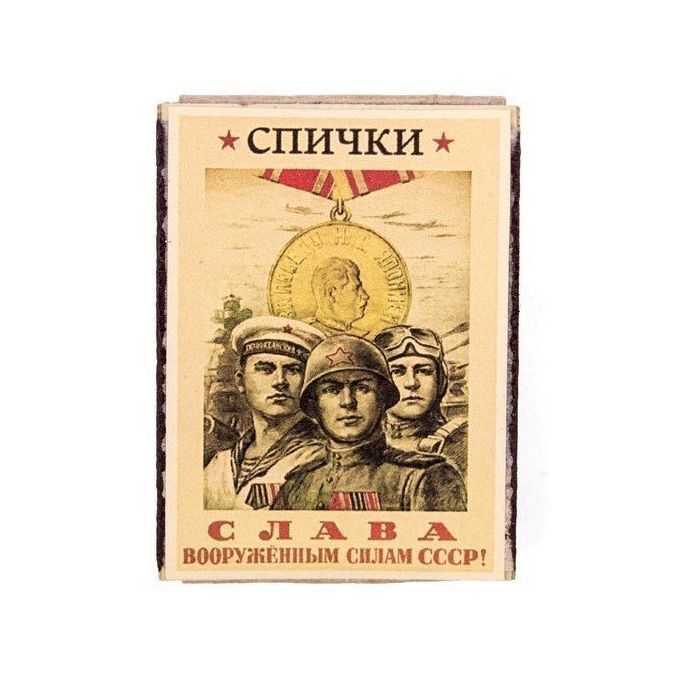 The Vintage Soviet Army Glory Matchbox is a Soviet-era propaganda matchbox that was produced to celebrate the Glory of the Soviet Army. Matches like this were produced to be used by soldiers and civilians to inspire a sense of pride in the Soviet Army and citizens of the USSR would see this message each time they enjoyed a cigarette.