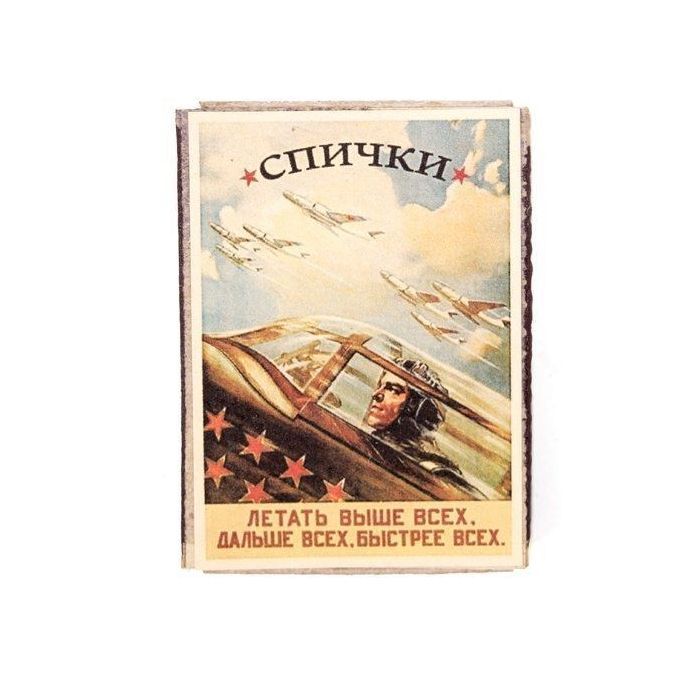 The Vintage USSR Air Force Matchbox is a vintage USSR matchbox that celebrates the glory of Soviet Air Force pilots. Motivating Soviet pilots to "Fly Higher, Fly Further, and Fly Longer Than Any Other Nation" these matchboxes show the pride the Soviet Union had in their air power.

The Vintage USSR Air Force Matchbox features a propaganda style portrait showing a Soviet fighter pilot flying high in his MiG jet, complete with a number of red stars to denote his success in air combat. With a sky featuring clouds and other Soviet jet fighters in the distance, you can imagine how new and veteran pilots of the Soviet Air Force felt every time they used these matches to light a smoke.