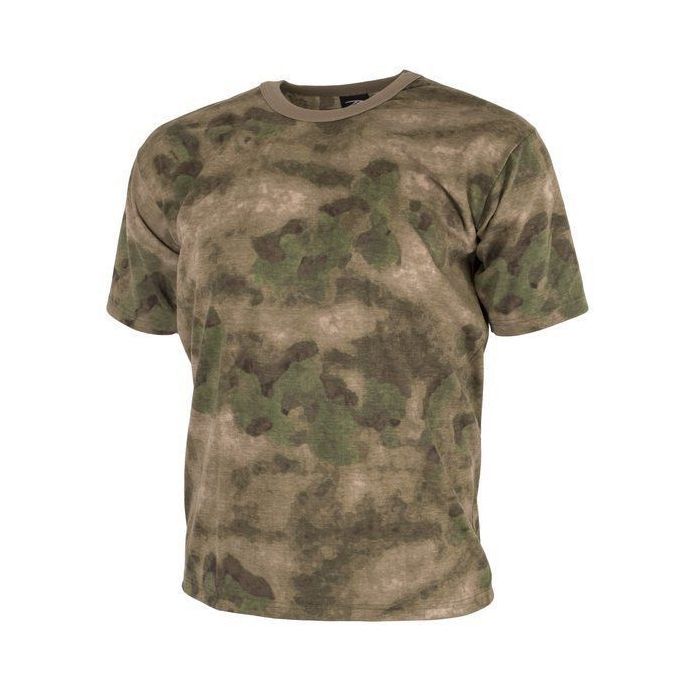 The A-TACS Camouflage Concealment System has become of of the "go-to" patterns for special forces and security professionals around the world. With the increasing popularity of this pattern, you've now begun to see it in video games as well. Recognizing the popularity and performance of the A-TACS camouflage system, Rothco has produced these licensed A-TACS t-shirts.

One of the benefits from purchasing an officially licensed A-TACS product is you are guaranteed to be buying a Made in America product. The licensing agreement with A-TACS enforces compliance with all Berry Amendment provisions, which include production of the goods to be made exclusively in the United States. Your purchase of any A-TACS products not only gives you cutting edge camouflage gear, but keeps American manufacturing producing quality gear.