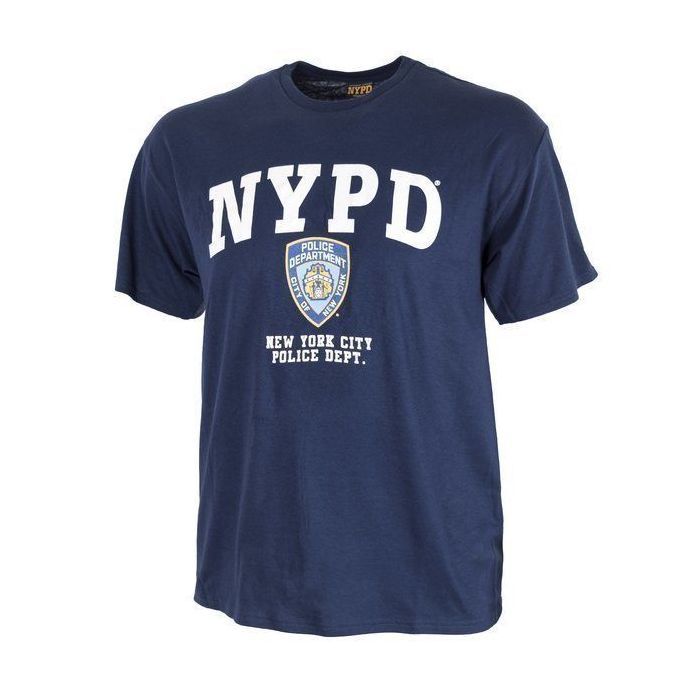 (0)
The Blue NYPD T-Shirt is an officially licensed t-shirt from the NYPD. These NYPD "Blue" t-shirts feature the NYPD logo, the letters NYPD, and New York Police Department on the front. The layout of these t-shirts is very professional and sales of each t-shirt benefits the New York City Police Foundation. Whether you have family "on the job" or are just a fan of the NYPD, these t-shirts are sure to please.

These NYPD Blue T-Shirts are one of the nicest branded t-shirts we've seen from any public agency. With the NYPD being recognized around the world from shows like NYPD Blue and tourists visiting New York City, these officially licensed shirts are a visible reminder of how important the NYPD is.