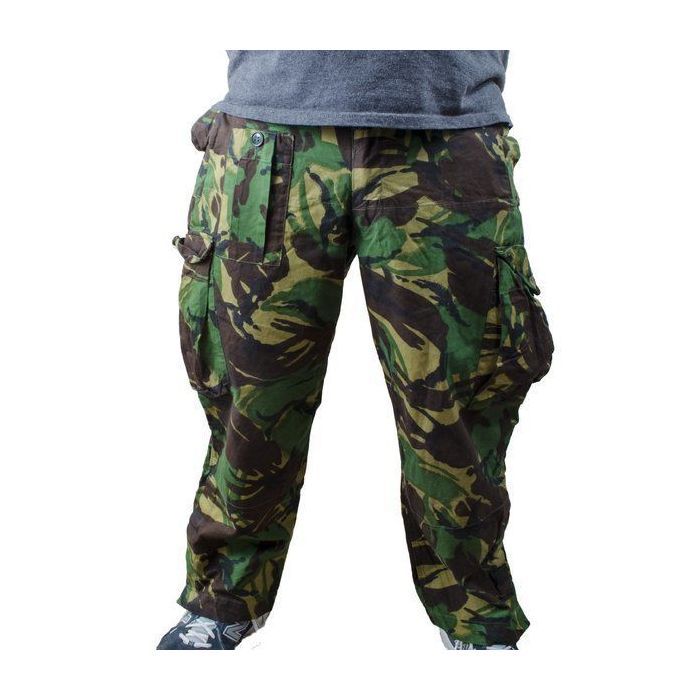 The British Arctic Woodland Trousers are a pair of military windproof combat pants from the British army. The British Royal Marine Reserves routinely train and deploy to the arctic circle and these pants were one of the standard issue combat uniform articles that were used. With the Royal Marines being responsible for NATO's northern flank, special combat clothing like this arctic windproof trousers were developed to support the needs of these troops.

Notify me when this product is in stock
SKU UK-AWT

Overall Rating
Excellent value
Review by Edward 10/2/15
Ordered a pair to try them out and couldn't be more pleased! Very rugged and comfy. Like the velcro enclosures on the legs to help with boots. Great value for the price of a cheap pair of blue jeans but much more versatile, ordering a couple of more pairs today.
Overall Rating
Very nice
Review by joe 8/30/15
High quality and look new. Very rugged, but also comfortable.
Overall Rating
Good quality, very versatile
Review by W Crow 5/24/15
Well made and in good condition. Haven't been able to test in cold weather but they should be effective as a windproof layer. Lightweight but very tightly woven. Surprisingly briar resistant. Since I have rather short legs, the availability in a short inseam is a big plus for me.