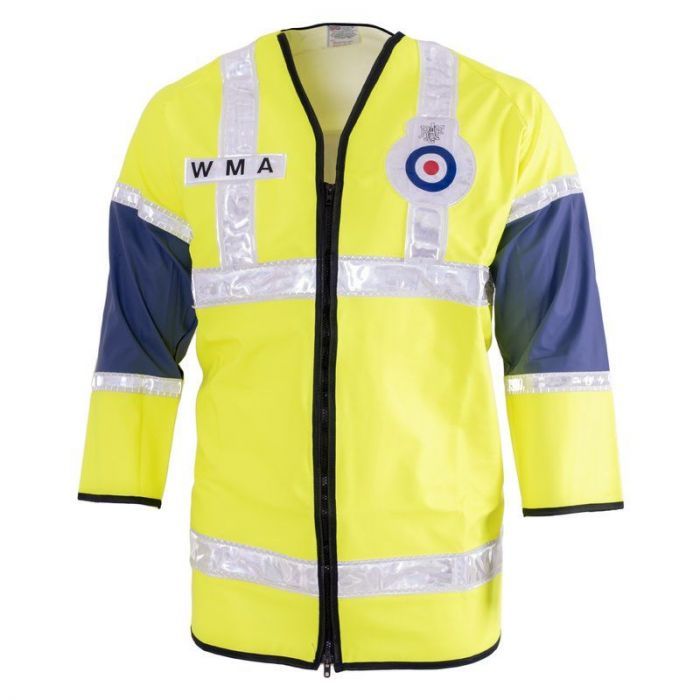 The British Royal Air Force HiViz Jacket is an authentic Royal Air Force ground crew jacket. Ground crew in the RAF wear this jacket to provide pilots and other airmen with enhanced visibility of their location on the air field for safety.

The British Royal Air Force is the premier military organization responsible for the air defense of the United Kingdom. Since the early days of the RAF genuine Royal Air Force gear has always been rare in the commercial market.

We've now got this great RAF marked HiViz jacket which has the added benefit of being one of the finest water resistant HiViz jackets we've ever seen. WIth the authentic RAF logo on the front why not add this jacket to your collection?