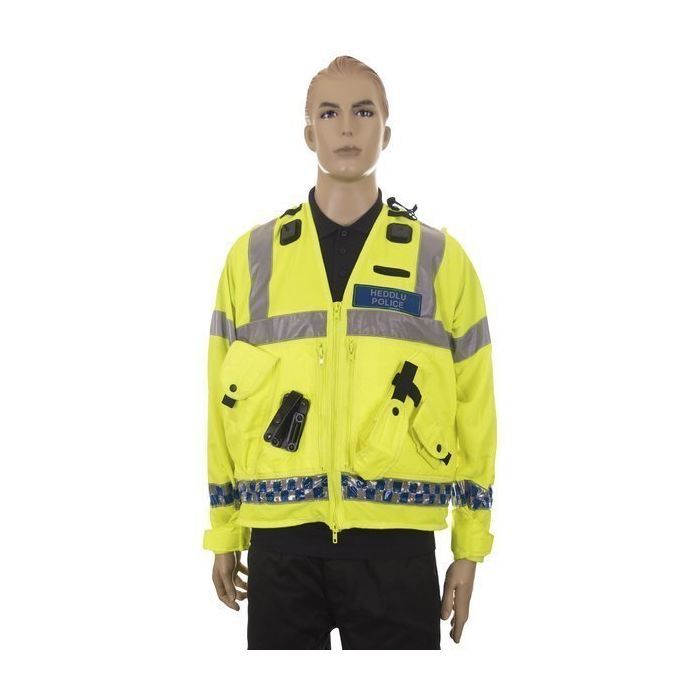 The South Wales Police HiViz Tactical Jacket is an authentic tactical jacket from the United Kingdom. Police officers who work in Wales would be assigned these tactical jackets to be worn while on duty, often providing security for special events or at monuments. You will notice the jacket is marked POLICE and HEDDLU, which is the Welsh word for POLICE.

These tactical jackets feature numerous improvements over the traditional police jacket. First you will notice the material used to produce these jackets is a high visibility material.This high visibility feature includes the overall jacket, there are also reflective stripes along the top of the chest and shoulders and the traditional blue and white checkered pattern along the cuffs and waistband. The interior of the jacket is mesh lined to enhance the breathability which provides for an overall more comfortable experience for officers wearing it. 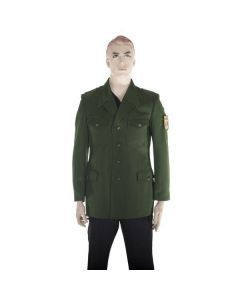 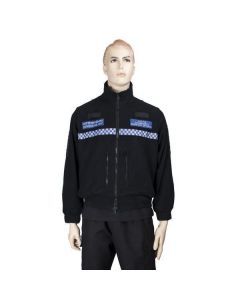 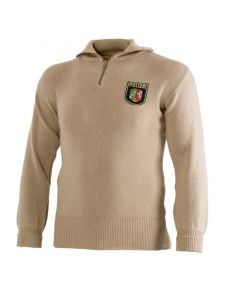 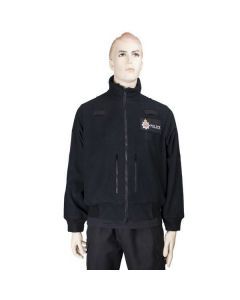