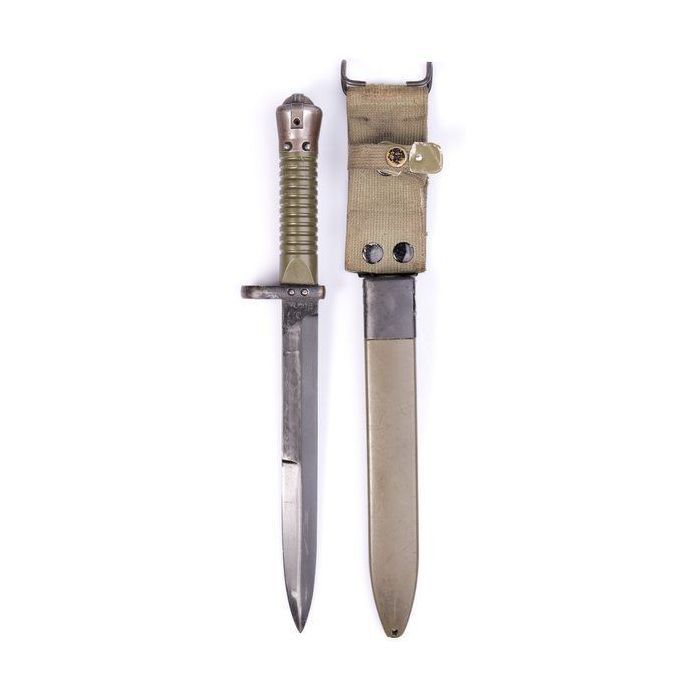 5 1 (1)
The CETME L Bayonet is the Spanish Army issued bayonet that goes with the CETME L rifle. The CETME L is the 5.56 caliber version of the CETME rifle. This bayonet is considerably more rare than the common CETME bayonets for the CETME 308 Rifle. Having been produced from 1986 until 1991 the CETME L and its bayonet saw very little use prior to being sold as military surplus.

The Spanish CETME L Bayonet is a high quality knife type bayonet that was standard issue in the Spanish army. Introduced at the same time as the CETME L rifle the CETME L bayonet had a short but distinguished service record.

Produced in Spain for the Spanish Army, the CETME L bayonet is a throwback to the original CETME bayonet. Capable of being used as a fighting knife or bayonet the blade length and balance is ideal for either use. No matter what your intended use is, the CETME L bayonet belongs in the collection of any fan of military bayonets. 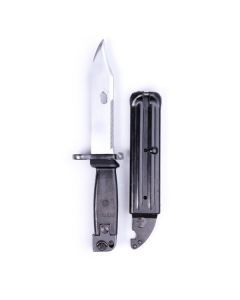 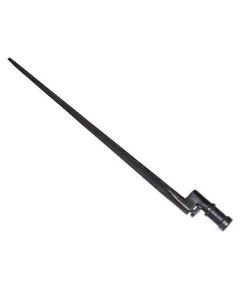 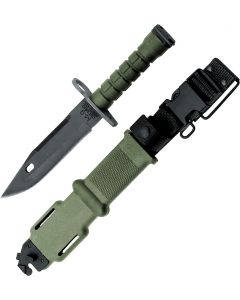 Overall Rating
Cool Spanish blade
Review by troy 7/17/15
Verified Buyer
I missed these once but placed a notification request. When I received the notice they were back I wasted no time placing my order. This is a very cool bayonet for a rather rarely seen rifle. The round handle is a bit different but comfortable. The blade has plenty of length and a good heft to it without being too heavy. The webbing on the scabbard shows a bit of age but nothing out of the ordinary for an issued item. Overall I would say it is in pretty good condition. The Spanish have been known for their swords and knives for hundreds of years. This bayonet has a distinctive Spanish feel like many of the knives I purchased while working in Spain in 1992. This will be a great addition to the bayonet side of my knife collection. If you get the chance, grab one of these!