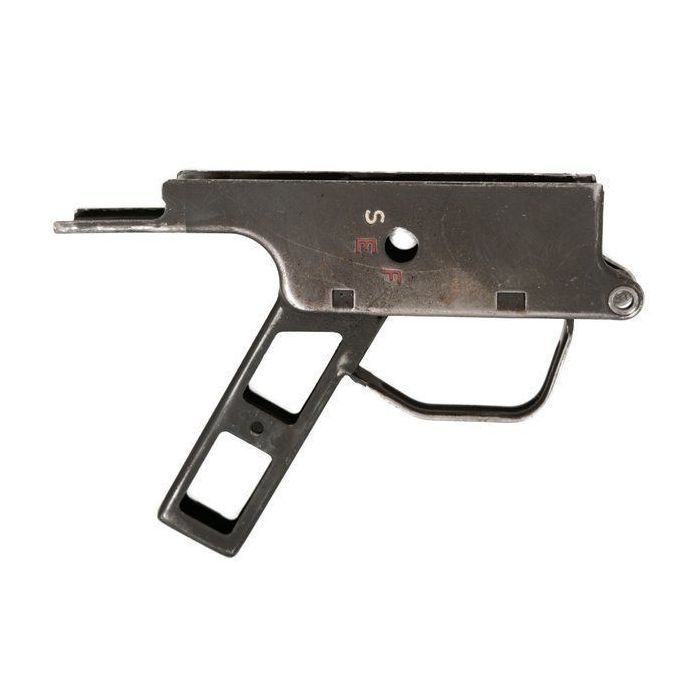 The HK G3 Stripped Frame is a military surplus trigger group frame for the HK G3 rifle. Previously these trigger frames were used on HK G3 rifles that were fielded by soldiers in the German Armed Forces.

The HK G3 rifle was the standard issue battle rifle of the German Armed Forces since it was first fielded in the 1960s. Having performed exceptionally on the battlefield, the HK G3 was the first product that brought the name Heckler & Koch to the world.

With the introduction of the H&K 91, many recreational shooters are able to enjoy civilian ownership of a G3 rifle. The German army has sold all of their original HK G3 rifles to surplus dealers and parts kits were imported by the container load. Semi-automatic build plans are widely available and there are a large number of parts that are common to both the original HK G3 and the civilian version. Parts like this stripped frame are essential to building an authentic looking HK G3 or repairing your already owned rifle.

Quality
Price
Value
Nothing Parkerizing Cant Make Look New
Review by Rich 1/2/17
I bought 3 of these and with a little soda blasting and zinc phosphate parking look as good as new. You could even go the easy route and just slap some paint on and they would still look great. Excellent value.
Quality
Price
Value
Great
Review by Philip 10/3/16
My stripped lower arrived in excellent condition with at least 95% original finish remaining. Great deal!
Quality
Price
Value
Good condition lower
Review by Erick 8/19/16
Finish wear is heavy on most and some have dings and bends. I ordered a few and will use the best few for projects. Thanks KeepShooting!