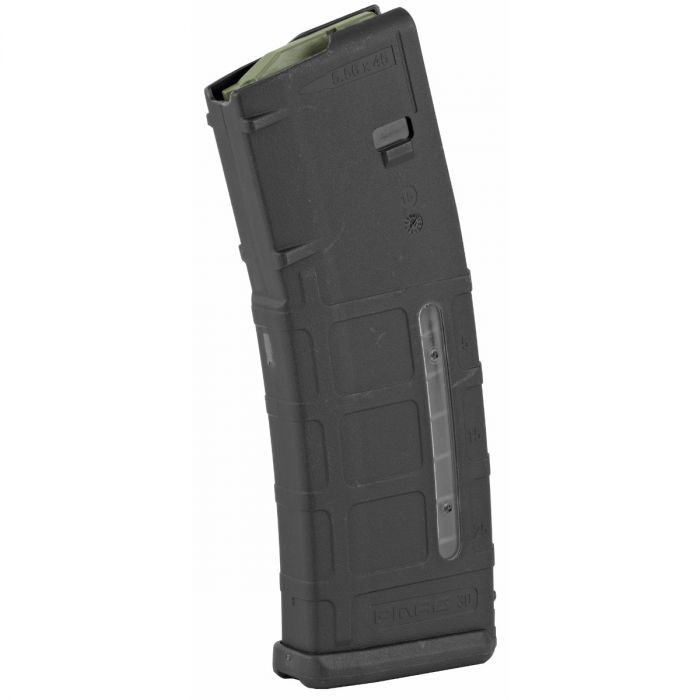 The Magpul PMag 30-Round AR-15 Magazine is a polymer magazine from Magpul that features a window on the side and is a generation M2 magazine. Designed to offer 100% reliability and performance from any AR-15 style firearm, the Magpul PMag has been battle tested and shown to perform flawlessly. With an increased grip surface, better geometry, and lighter weight the PMag is a first rate alternative to a standard aluminum USGI 30-round magazine for your AR-15 style firearm.

The Magpul PMag has beent he industry leader for polymer AR-15 magazines since the first generation PMag was released. Magpul has been constantly innovating with the PMag design to incorporate features and reliability improvements. This commitment to customer satisfaction, product innovation, and performance has been part of Magpul's company philosophy since the very beginning. Looking at the development of the PMag you can quickly see that this company philosophy has been implemented in the production and design process of the PMag.

The PMag Gen M2 with Maglevel Window is one of the most widely deployed Pmags in the shooting sports industry. With features like the Maglevel Window, shooters have recognized that the name Magpul means innovation and quality above all else. With considering all of the features that the Magpul PMag Gen M2 offers, it is the clear leader for any polymer AR-15 magazine.

Overall Rating
magpul
Review by George F L 5/23/21
very good works very well
Overall Rating
Great
Review by Donnie 7/2/17
Great mags zero problems thru 500rds
Overall Rating
It's a PMAG
Review by Erick 12/21/16
Arguably the best AR15/M16 magazine made. This one does not come with the dust cover, but the window is the desirable feature. Great prices and fast shipping from KeepShooting!