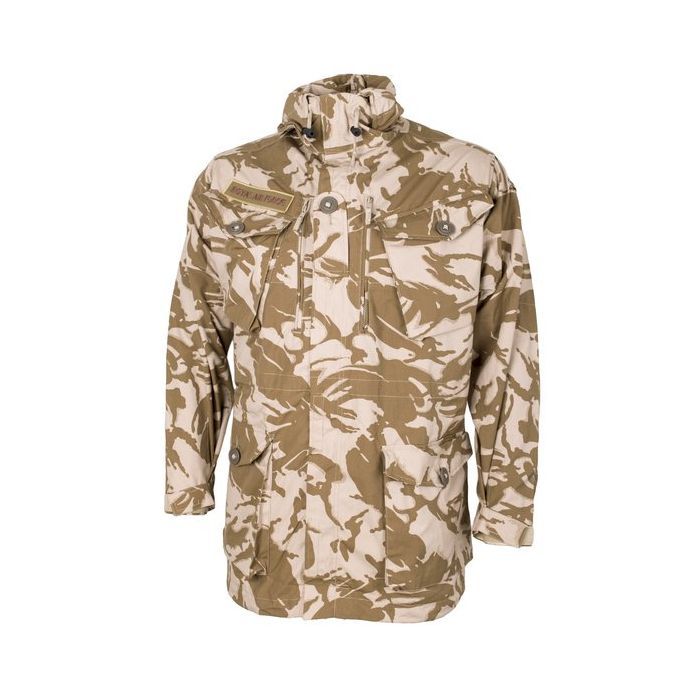 The Royal Air Force Combat Smock is a genuine RAF version of the British Army SAS Combat Smock. This combat tested and battle proven jacket is the standard jacket issued to soldiers fighting for the United Kingdom. We were fortunately to acquire a very small number of these jackets which feature Royal Air Force patches showing they were used by soldiers in the RAF. The demand for authentic Royal Air Force gear is astronomical within Europe, which makes acquiring any authentic RAF gear exceptionally difficult. Order one of these genuine RAF camouflage jackets today, it may be years before we see them again.

Reviews 5
Write Your Own Review
Only registered users can write reviews. Please Sign in or create an account
Product Questions
Customer Questions
No Questions
We found other products you might like!
More from British Army Surplus
Copyright © 2002-present United Defense LLC. All rights reserved.