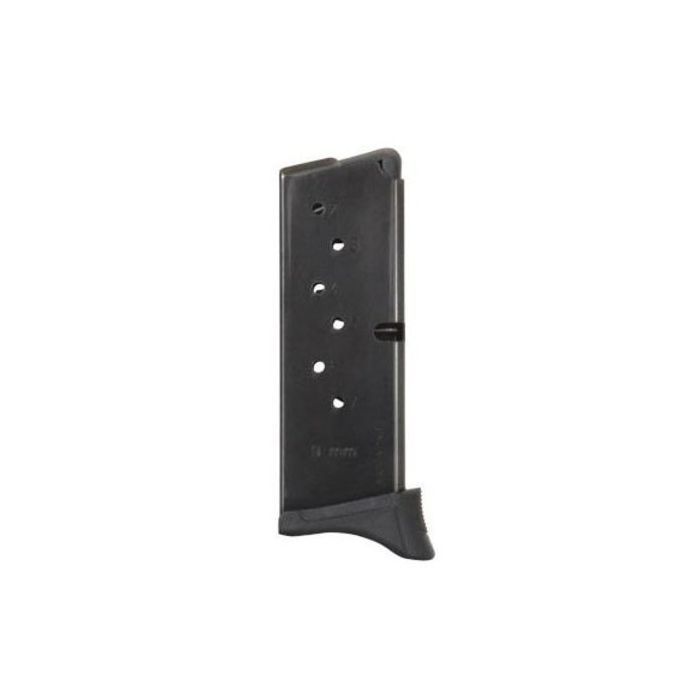 The Ruger LC9 extended magazine is an original factory-produced magazine for the Ruger LC9 pistol. As such, you should expect nothing but a perfect fit and function in your pistol. These 7-round, single-stack magazines feature a steel construction and represent both the quality and the value that you have come to expect from a company like Ruger.

The Ruger LC9, which stands for lightweight compact 9mm, is a short-recoil operated, locked-breech pocket pistol that was first unveiled by Ruger in 2011. Its lightweight and modest dimensions make it an excellent choice for concealed carry and personal protection. However, the flush-fitting magazine typically included with the pistol is not the most favored. Cue the introduction of the Ruger LC9 extended magazine.

As noted, the Ruger LC9 extended magazine is a Ruger factory-produced magazine for the LC9 designed to hold 7 rounds of 9x19mm Parabellum ammunition. The steel body features a blued finish to protect against rust and other corrosion, putting it miles ahead of the aftermarket competition. This magazine benefits from the performance and reliability you would expect from any Ruger factory product and will fit and function in any Ruger LC9 pistol. The real draw, however, is the inclusion of an extended finger-rest floor plate that provides for a full three-fingered grip on the pistol. The magazine also comes with a flush-fitting floor plate.

Overall Rating
Ruger quality
Review by Jason 8/20/14
These are factory Ruger magazines, just like the one that came with the LC9. Great quality and Keep Shooting has them at the best price I could find.