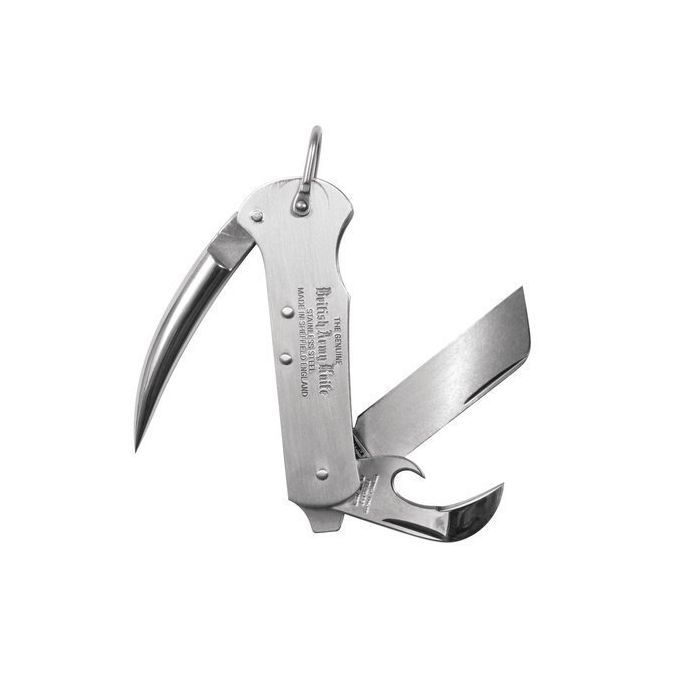 The Genuine British Army Knife is a 3-piece knife made of stainless steel in Sheffield, UK. These knives are popular all around the world from their extensive use by soldiers in the British Army. With the handy size and function of these knives, you will see why they have been so popular once you pick one up for the first time. They fit well in the hand, are incredibly sturdy, and will not rust or fade with use.

The three blades on this Genuine British Army Knife perform vital tasks. With the first blade you have a sheepfoot blade that can handle heavy cutting. On the second blade you have a can opener for opening rations or ammo cans. On the third blade you have a marline spike for rope work. Integrated onto the handle of these genuine British Ministry of Defense knives is a screwdriver and there is a shackle to allow you to attach this knife to a lanyard. This knife continues to be made to the standards set by the British Ministry of Defense under NSN 7340-99-975-7403 and is constructed completely from stainless steel. 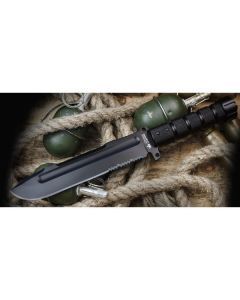 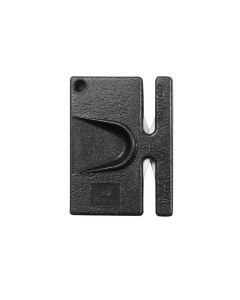 Overall Rating
Useful Pocket Tool
Review by Jim 7/11/16
Verified Buyer
The British equivalent of the Camillus US military "demo Knife." A basic, utilitarian, no frills (no nonsense) pocket knife. While it feels large in the hand, it's thin profile fits flat in the pocket. A knife blade, can/bottle opener, prying edge/screwdriver, and a substantial marlin spike. Very useful without the size and weight of the larger pocket tools.
Overall Rating
Jack's knife
Review by Jack 6/12/16
Verified Buyer
Thrilled.... A great rigging knife with a "GREAT" inscription.
Ok, we've heard of Shefield quality in the knife department...I like a "razor edge" on a blade like this. I must have spent two hours "bringing this up". It now shaves hair with ease, I'll see how well it holds the edge, but I know what I've heard is true. Very well made, all stainless, a hand full size that isn't all that comfortable to handle, but it is extremely utilitarian.