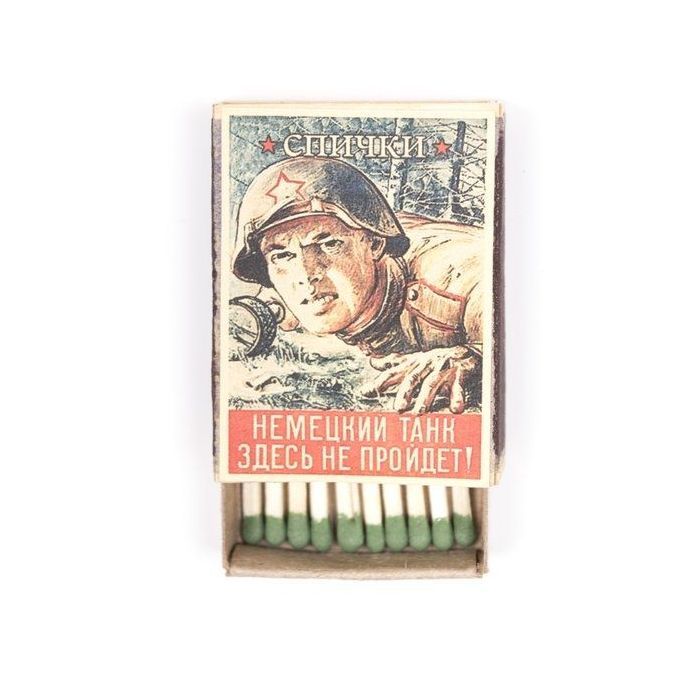 The Vintage USSR Red Army Soldier Matchbox is a vintage propaganda matchbox from the former Soviet Union. This matchbox celebrates the spirit of the Red Army soldier during World War II - who never gave up despite overwhelming odds against him.

The Vintage USSR Red Army Soldier Matchbox features a propaganda style portrait showing a Soviet Red Army soldier making his way towards enemy lines. With distinctive Russian propaganda phrases each time a soldier or civilian pulled out these matches to light a smoke they would be reminded of the success of the soldiers in the Red Army.

Overall Rating
Nice item
Review by Gerard 7/23/18
The item looks and feels awesome. I wish there were a bit more matches inside the box.