The British Osprey load bearing vest is a current-issue piece of equipment from the United Kingdom's Osprey modular system, based on the MOLLE system currently in use with the United States Armed Forces. Rows upon rows of PALS webbing lines this vest, which also ships with 10 random pouches that all but ensure you have room to bring everything but the kitchen sink into battle. 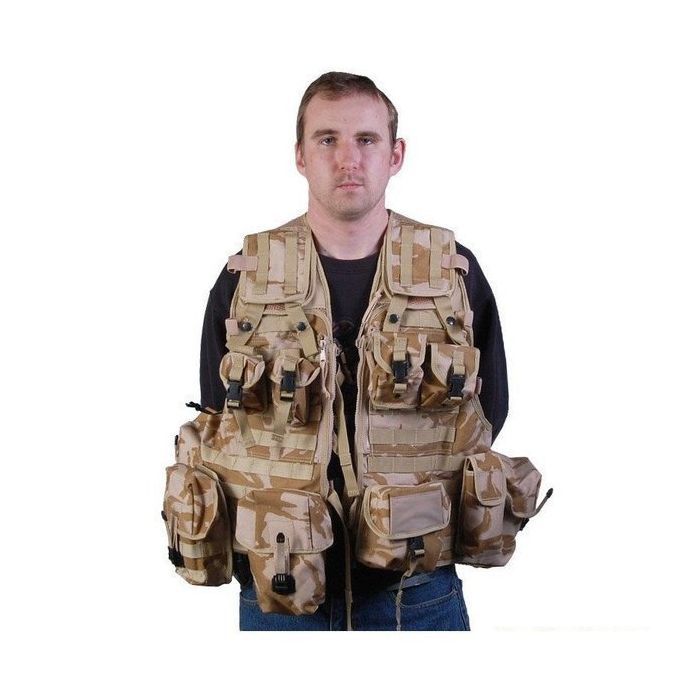 Despite being considered military surplus, many of our British Osprey load bearing vests are completely unissued and unused. Others may have been issued, but appear to remain unused. As such, these brand new load bearing vests remain in excellent condition and are ready to begin a life of service stateside.

At its heart, the British Osprey load bearing vest is a simple vest that features a rugged, synthetic construction and is fully adjustable for compatibility with a range of sizes and near-limitless storage options. Secure the vest with a heavy-duty center zipper and three plastic fast-clip buckles. Arrange an array of pouches and other tactical equipment on the nine rows of PALS webbing that line the front of the vest, or the eight rows that line the back. Store vital documents in the dual zippered document pockets – your options are nearly limitless. Other features include adjustable sides and shoulders and a drag handle.

Reviews 11
Write Your Own Review
Only registered users can write reviews. Please Sign in or create an account
Product Questions
Customer Questions
No Questions
We found other products you might like!
More from British Army Surplus
Copyright © 2002-present United Defense LLC. All rights reserved.