Since 2008 there have been many companies producing their own version of the Vz58 using surplus parts from the Czech Army. Many reviewers have given very high marks to the Vz58 for how it performs when put up against other AK-47 style rifles. With the introduction of semi-automatic versions of the Vz58 there has been a growing interest in this unique AK-47 like rifle.

Like all new rifle owners Vz58 purchasers immediately want to stock up on accessories for their new rifle. We have the very best accessory for the Vz58 available right now. What would be the best Vz58 accessory? Military surplus magazines for the Vz58 Rifle of course are the best accessories for Vz58 Rifle owners. Now available at a great price this is the time to stock up on magazines for your Vz58 rifle. 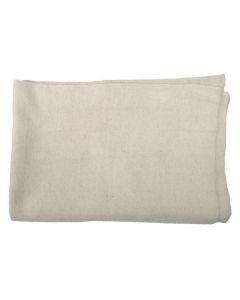 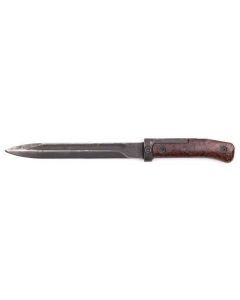 Overall Rating
Should have ordered twice as many
Review by John 9/4/15
I bought four of these. Upon arrival I found them to be in either like new or maybe even new condition. I mean, they were flawless. I have used that carbine in two tactical carbine courses, and the performance of both the rifle and the mags was flawless. I hope they get more in soon.
Overall Rating
Good but a little worn
Review by TheMadMarine 8/16/15
I ordered 6 of them. Shipping and handling to Atlanta, GA was 3 days. Shipping price was fair. Mags have functioned great, no issues. The only thing I would say is mags had more used then I expected. Most of the finish on the plate cover and mag insert was gone. But for $14.95 you can't find a better deal.
Overall Rating
very reasonable
Review by Sam 7/29/15
I ordered 6 of this milsurp mags. Two of them were more or less brand new, 1 was like new, and 3 were well used with pretty worn finishes. None of the followers seem to be cracked and all appear to be in working order. I would buy again in a heartbeat.
Overall Rating
Good Price, Excellent Customer Service
Review by Ed 7/20/15
I ordered three of these magazines. Two were in very good condition, one showed some scratches and a bit of wear on the front lugs. One of the very good magazines would only load 11 rounds before the follower jammed. On further examination the body of the magazine appeared to have been twisted slightly during manufacture. This defect was not really noticable until the magazine was disassembled. Patty authorized a return of the defective magazine and six days later I received a replacement magazine that appears to be brand new (no marks of any kind!). I am very pleased with the price and quality of theses magazines. Even more pleased with the outstanding customer service. Hope to be buying more of these magazines when they're back in stock.
Overall Rating
good deal
Review by Chris 6/26/15
Got ten, three like new, seven very used. Sent three which were marginally functional back, replacements like new. Great customer service, great deal on these mags.
Overall Rating
My lucky day
Review by Robert 6/17/15
I ordered four of these and all were like new, all retained the bolt open on the last round.
Overall Rating
Excellant Condition
Review by mark 6/15/15
First I would like to say is KeepShooting has a great customer service dept. Order out the door the same day. Now for the magazines. Ordered four. Two have never been used. The other two have light scratching on the feed lips. Probablywill be ordering a few more.
Overall Rating
Great price on great quality magazines
Review by michael 6/8/15
The magazines I received where a mixture of slightly used and brand new. The used magazines have very slight scratching near the feed lips.

Overall Rating
Magazines in GREAT condition and great price.
Review by troy 6/6/15
I received my magazines today and when I opened the box all I could do was smile. These mags are in great condition, opening five of the plastic sleeves and looking closely at the others in their sleeves, these appear to be near new or maybe touched up by the arsenal. Some have a bit of wear in the paint on the feed lips and have been touched up with a perfect color match to the original finish. The bodies of the mags show no visible signs of use, and the followers look unused. Best price I have seen in a year and better condition than the ones that cost me $20+ last year.