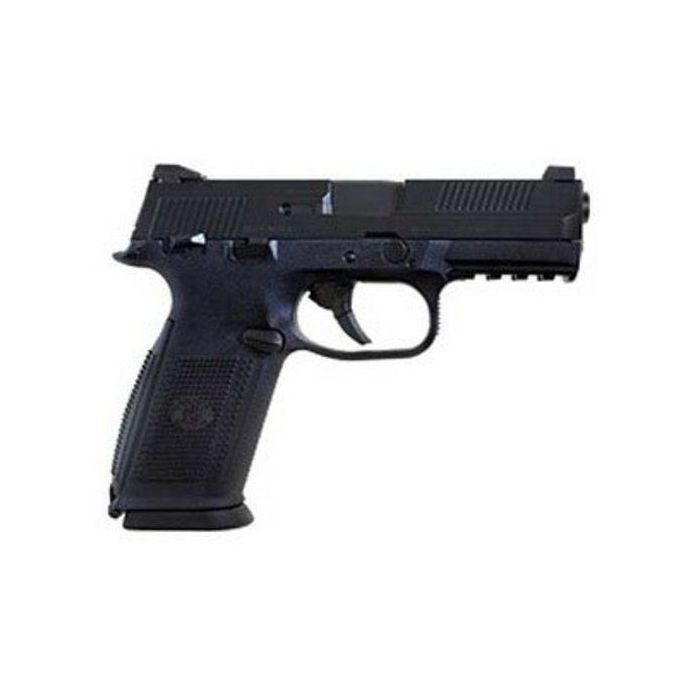 (0)
The FN FNS-9 is a double-action, striker-fired, semi-automatic pistol that utilizes a short recoil operation. As its name suggests, it is chambered for the ever-popular 9x19mm Parabellum cartridge. More importantly, it has been engineered with performance, ergonomics and modularity as its focal points, pinning the FNS-9 as a perennial best-seller. Built on the same platform as the company's well-received FNX Series and highlighted by its fully-ambidextrous fire controls and reliable striker-fired system, the FNS-9 is one pistol you will not soon forget. Each ships with three 17-round magazines inside of a hard plastic carrying case. As pictured, this particular model is features an all-black finish.

Fabrique Nationale d'Herstal, commonly known as Fabrique Nationale, or simply FN, is a Belgian arms manufacturer located in Herstal, Belgium. The company was originally established in 1889 as the Fabrique Nationale d'Armes de Guerre – French for "National Factory of Weapons of War" – to produce 150,000 Mauser Model 89 rifles for the Belgian government. Soon thereafter, the manufacturer began a working relationship with famed arms designer John Moses Browning, who would go on to design one of their early successes in the Browning Hi-Power.

Today, FN is known for their unique yet successful designs that have found homes in the armed forces of more than 100 different countries, which speaks volumes about the manufacturer's reputation for high quality, reliability and performance. They also have an American division, FNH USA, which is headquartered in McLean, Virginia with manufacturing operations situated in Columbia, South Carolina. It is there that you will find the state-of-the-art facility that is responsible for the production of all FN handguns, including the new FN FNS-9.

Hailing from a long line of highly acclaimed pistols that began in 2007 with the company's FNP Series, the new FNS Series is built using the same platform as the popular FNX Series.

The FNX Series, originally introduced in 2009, was the result of years' worth of innovative product development and advanced engineering. While retaining a number of favorable features characteristic of the FNP Series, the FNX Series added advanced ergonomics and modularity to a double-action/single-action hammer-fired platform in order to deliver a pistol suitable for a wide range of applications.

Two more years would pass before the FNS Series was introduced, which scrapped the hammer-fired functionality in favor of a double-action strike-fired system. Joining the new striker-fired system is a series of fully-ambidextrous fire controls (safety/decocking lever, slide stop lever and magazine release) that allow both left- and right-handed shooters to operate the pistol from any firing position with ease. Additionally, the FNS Series boast stainless steel barrels and slides alongside rugger polymer frames that include a MIL-STD 1913 rail for the attachment of lights, lasers and other tactical equipment.

The FN FNS-9 features a four-inch, cold hammer-forged barrel (1:10 inch twist) alongside an overall length of approximately 7 1/4 inches. A relatively light weight of just 25.2 ounces is achieved by the pairing of a stainless steel barrel and slide with a rugged polymer frame that includes two interchangeable backstrap inserts with lanyard eyelets – perfect for those who prefer a custom fit. Unlike many double-action striker-fired pistols, the FNS-9 includes a manual safety. It also includes a disjointed trigger with a trigger pull that is rated between 5 1/2 and 7.7 pounds. As noted, the pistol features fully-ambidextrous fire controls, but also includes: front and rear cocking serrations, an external extractor with loaded chamber indicator and fixed three-dot iron sights. Each pistol also ships with three 17-round magazines. 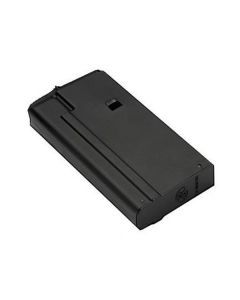 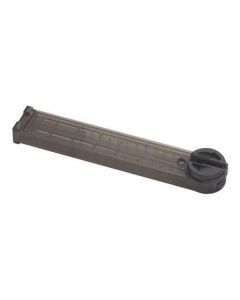 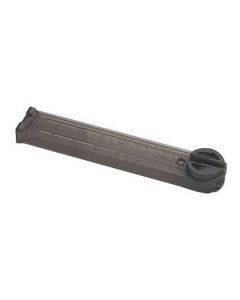