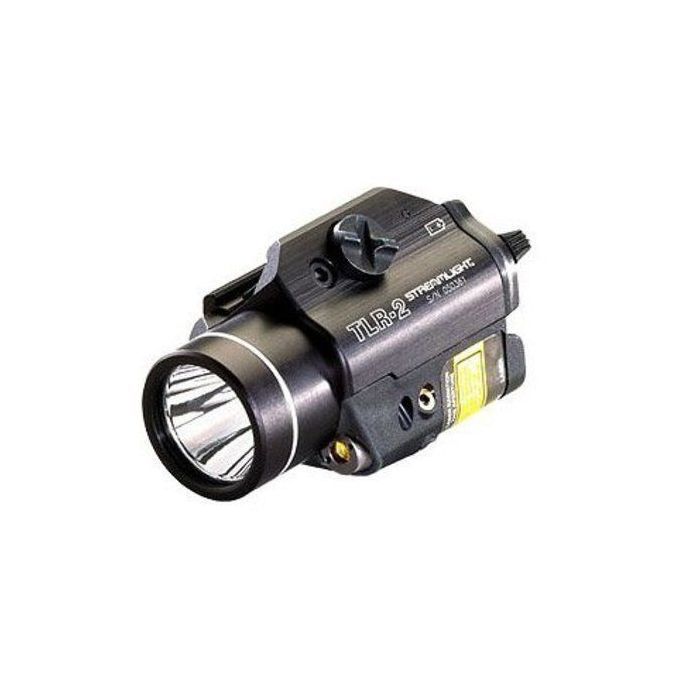 The Streamlight TLR-4 tactical laser is a compact, rail-mounted light/laser combination designed for use as both an illumination aid for low-light shooting as well as a precision laser sighting device. Designed to fit on most of the world's most popular pistols, this combination light/laser is bright as heck, nearly indestructible and suitable for any and all tactical shooting operations.

The Streamlight TLR-2 tactical laser is a compact, rail-mounted light/laser combination designed to be used as both an illumination aid for low-light shooting as well as a laser sighting device for use with a range of the world's most popular pistols. The innovative light, which boasts an overall lifespan of 50,000 hours, utilizes a C4® LED that delivers a peak beam intensity of up to 8,000 candelas and 160 lumens. It is powered by two 3V CR123 lithium batteries, and provides up to 2 1/2 hours of continuous use. With a range and brightness comparable to a xenon bulb, the C4® LED is said to be two to three times brighter than high-flux LEDs. Lighting is also aided by a unique parabolic reflector, which produces a concentrated beam for optimal peripheral illumination, giving you a complete view of your immediate surroundings. The light is manipulated by ambidextrous controls that provide for both momentary and steady on or off.

The powerful 660 nm micro laser is designed for long-range precision targeting and may either be used alone or in conjunction with the C4® LED light. When used alone, the laser may run for up to 11 hours of continuous use. Like the light, the laser offers ambidextrous controls (three-position mode selector), full point-of-aim adjustment and excellent sight retention.

These electronics are housed within an ergonomic case that measures 3.26 inches in total length. The dustproof body of the assembly is constructed from 6000 series machined aircraft aluminum with an anodized finish, while the laser features a high-impact, chemical-resistant polymer housing. It may also interest you to know that the TLR-2 is waterproof to one meter for up to 30 minutes and carries an operational temperature range between -40 degrees Fahrenheit to 120 degrees Fahrenheit. 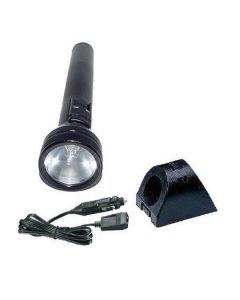 Overall Rating
Well made, High Quality
Review by RemMax 6/4/13
Like the TLR-1 this light is as well made and as bright as the more expensive brand but for a lot less money!
The TLR-2 also has the benefit not only of being a bit shorter allowing them to mount on guns with shorter barrels and shorter rails (ie, gun like my Springfield XD45).
But along with being shorter it also has a fully adjustable laser incorporated into it making it twice as handy and making sighting in low lighting much faster and accurate.

The light beam itself is on par with the Surefire weapons lights at about a 2/3 the price and adding the laser makes this a perfect choice for those times you need a weapon after dark (when most crimes occur).

When making that critical decision whether to Shoot or Not Shoot a good light will help you prevent a mistake.
Having the Laser assures that if your choice is to Shoot them your more likely to hit your target on the first shot!

Overall a good light/laser at a good price.
RemMax