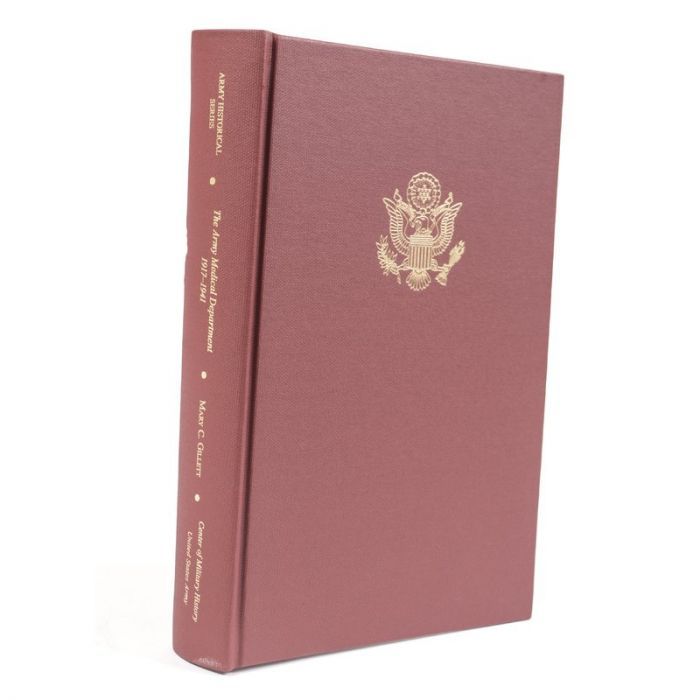 Mary C. Gillett's fourth and final volume The Army Medical Department, 1917–1941, provides a long-needed in-depth analysis of the department's struggle to maintain the health and fighting ability of the nation's soldiers during both World War I—a conflict of unexpected proportions and violence—and the years that preceded World War II.

In 1917, unprepared as a result of the widespread conviction that to prepare for war is to encourage its outbreak, the Medical Department faced confusion exacerbated by a shortage of both equipment and trained personnel. While bringing to bear knowledge of disease and disease prevention gained in the years after the Spanish-American War, it redesigned and developed its approach to evacuation; struggled to limit the damage to health and effectiveness caused by poison gas, an unfamiliar and deadly weapon; worked to devise ways to limit the suffering and deaths from gas gangrene; began its research into the unique problems of aviators; and desperately tried but failed to control the 1918 influenza pandemic, leaving behind a mystery concerning this disease that is yet to be completely solved.

As Gillett's volume reveals, budget cutting and the popular conviction that there would never be another war as horrible as World War I initially retarded all efforts by department leaders to organize for a major conflict during the interwar period. With the nation eased into accepting the likelihood of war by President Franklin D. Roosevelt, the Medical Department for the first time in its history was able to prepare, albeit to a limited degree, for war before the first gun was fired. In today's arena, The Army Medical Department, 1917–1941, has a far-reaching application for all officers responsible for the health of their soldiers.