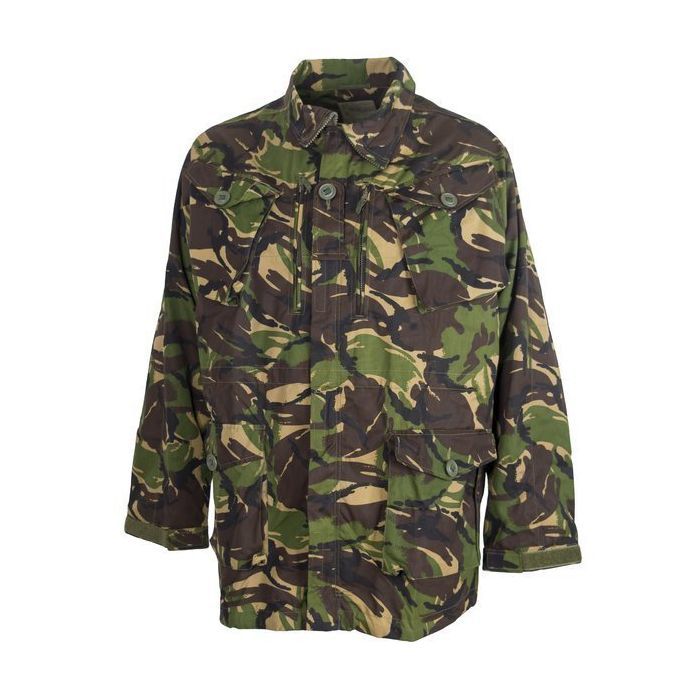 The British Army Field Jacket is a genuine British Army issued jacket. These jackets are less common than the SAS Windproof Smock that they are patterned from with there being a number of subtle differences between the two. One of the biggest differences is the British Army Field Jacket does not use an integrated hood it has the ability to utilize a specialized button in hood. This design is due to limited roles in the Briitish Army where the integrated hood conflicted with supporting equipment and was necessary to be removed.

Overall Rating
GREAT JACKET!
Review by tracy 6/15/18
I purchased woodland ripstop jacket and I LOVE IT! This jacket has a great look and feel. It's not a heavy winter jacket but a great cool weather go out on the town or woods jacket. Mine had the Union Jack on one side and what looks like a rat patch on the other. I looked it up and its the famous 7th Light Armoured Brigade. YEAH the famous desert rats of WWII and present which is now and Infantry reg.As far as sizing I"m 6 foot 220 pounds with a chest size of 44. I oredered the 180/104 Nato sizing and it fits awsome. It seems they may run a little large but what a jacket and what a nice fit! By the way I have another on the way! Happy, Happy, Happy!