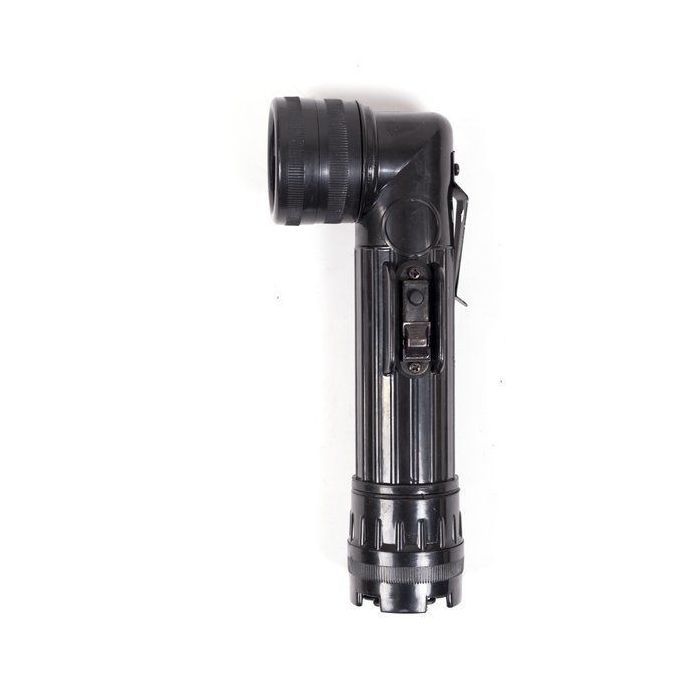 The NATO Surplus Black TL-122D Flashlight is a combat tested and battle proven angle head flashlight. This flashlight has been fielded by vitrually all NATO aligned forces and continues to be a favorite for military forces, civilians, and outdoor explorers around the world.

The NATO Surplus Black TL-122D Flashlight is a multipurpose flashlight that has a decades long track record of exceptional performance in the field. Originally fielded during World War II the TL-122 has remained little changed over the years with the final version being the one you see here, the TL-122D. You can operate the TL-122D as a traditional flashlight using the on/off switch or you can use the morse code button to use the TL-122D as a signal flashlight. Powered by common D-cell batteries, the TL-122D is a must-have flashlight for your gear bag.