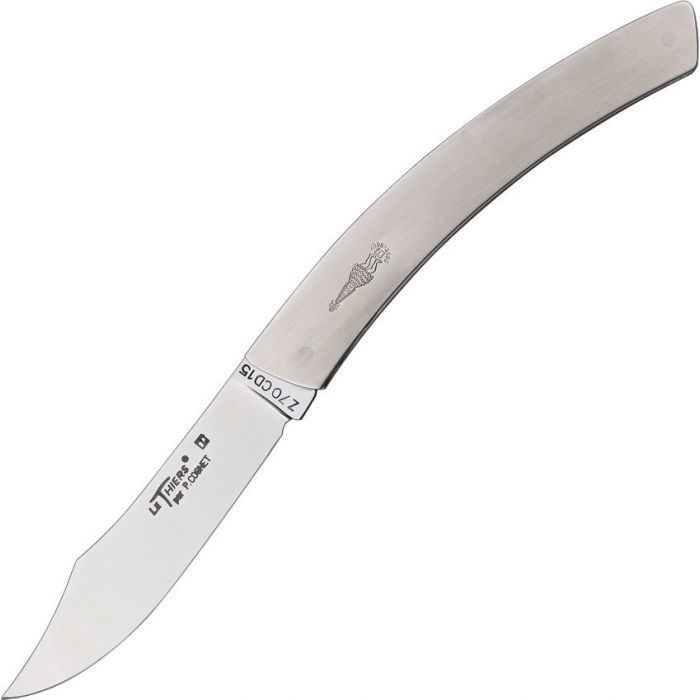 The Le Thiers Folder by Douk-Douk is an outstanding knife that represents a distallation of the ancestral know-how of a long-standing cutlery tradition. In order to meet the requirements for being marked Le Thiers, a knife manufacturing process is governed and inspected by rules of a Mastership based on those of the 1582 Mastership, which has regulated the cutlery crafts of Thiers France for nearly 300 years.