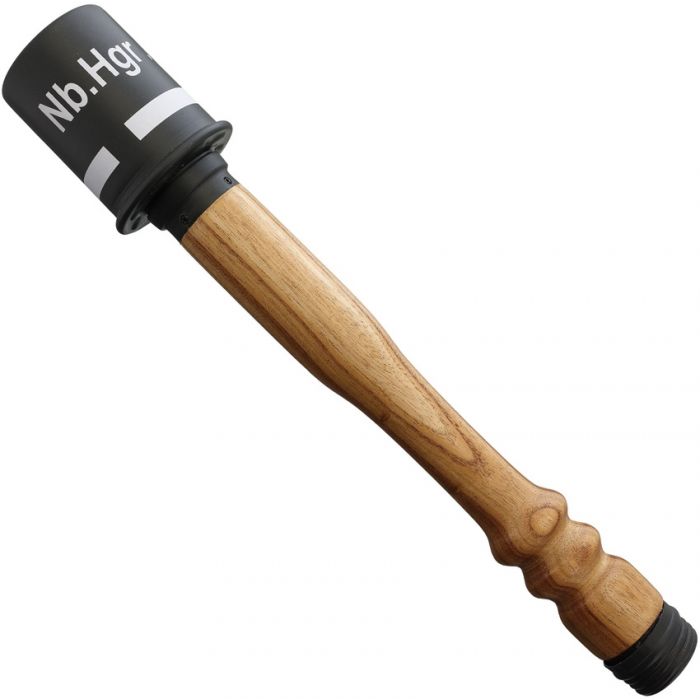 The M24 Stick Grenade was a German Army issued grenade that was used extensively in World War II. Allied soldiers fighting the Germans commonly referred to this grenade as the "potato masher" grenade due to it resembling potato mashers from this era.

Overall Rating
Cool Replica
Review by Dom 4/27/16
At first I was surprised the whole thing is made of wood, but I realized that didn't matter because they look just like the original. It looks awesome having a piece of the German side in my militaria collection.
Overall Rating
A great joke item
Review by Jay 10/22/12
I bought this grenade and keep it on my desk. When people ask to look at it I tell them it still has the explosive in it just to freak them out. The best part is they believe me, until I tell them I'm joking.