The M14 Rifle - A Brief History

The M14 Rifle has been in existence since the late 1950s and still today fascinates soldiers and civilians. When adopted as the new select fire battle rifle, it was officially known as the United States Rifle, Caliber 7.62mm, M14 but was commonly referred to as the M14. The M14 has the distinction of being the last battle rifle issued in large quantities to US soldiers and has now experienced a rebirth in the military where it fulfills specialized roles as a highly accurized sniper rifle. During special events you will also see the M14 used as a ceremonial rifle by honor guards, color guards, drill teams, and ceremonial guards.

The history of the M14 Rifle dates back to its predecessor, the venerable M1 Garard. Those who are familiar with a Garand but are fielding an M14 for the first time will find the operating method of the M14 to be very similar to the the M1 Garand. This familiarty was by design as the US military had just fielded the Garand during World War II and having soldiers already experienced with sights and firing characteristics gave the US an advantage. The prototypes that were developed to become the M14 were from a design by John Garand who invented the M1 Garand which was designated as the T20 rifle during the development process.

With further development that produced the new service cartridge 7.62x51 (308 Winchester) along with new design changes, there were three rifles submitted to the Infantry Board at Fort Benning to be tested for selection. The rifles submitted were a variant of the M14 by Springfield Armory which was designated the T47, the T44 which became the M14, and the T48 which was a variant of the FAL rifle from Fabrique National.

After complete testing of the submitted rifles, the T44 was selected over all others primarily due to its weight being one pound lighter than the T48. There was also greater simplicity with the T44 having fewer parts along with a self-compensating gas system which allowed for it to operate better in any climate without needing adjustments. Considerable merits were given to the capabilities to use existing manufacturing tooling to produce the M14. In 1957 the U.S. formally adopted the T44 as the U.S. infantry service rifle, giving it the designation of M14.

Your a new and proud owner of an M14 style rifle but you've noticed it is missing the military standard flash hider which incorporates the bayonet lug. This can be fixed quick and easy by swapping out the civilian non-bayonet lug flash hider for a military-spec M14 flash hider and your rifle will look as it was designed. While many military rifles that feature bayonet lugs are designed to only accept bayonets, the M14 flash hider allows you to use a number of fun accessories including the M76 Grenade Launcher. 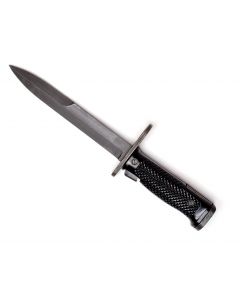 The M14 is capable of extreme long distance accuracy, and there are a few simple accessories that can help increase the accuracy of your M14. Starting with the military-spec M14 Bipod to provide a stable shooting platform and extending to an M14 Scope Mount and your well on the way to having a tack-driving rifle. 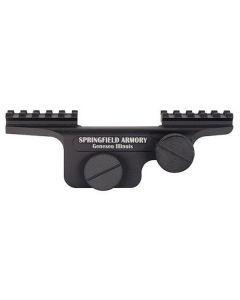